No Indications Yet of Event for N. Korea's Nuclear Declaration Anniversary 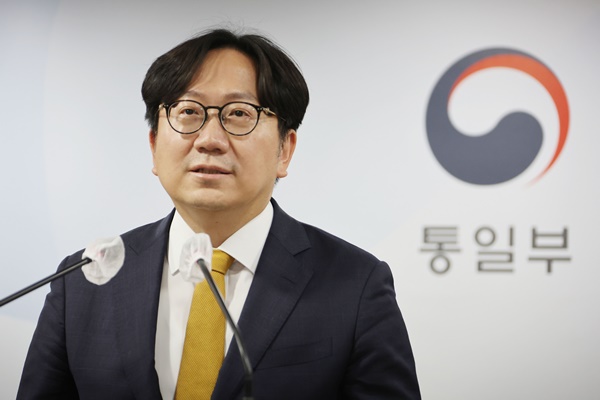 The ministry in charge of inter-Korean affairs says it has yet to detect any developments regarding the fifth anniversary of North Korea's declaration to achieve a full nuclear force, which falls this week.

The unification ministry said that as of Monday morning, the North's state media remained silent about the declaration that was issued on the same day as the regime's inaugural test of the Hwasong-15 intercontinental ballistic missile on November 29, 2017.

Regarding Pyongyang's possible seventh nuclear test, ministry spokesperson Cho Joong-hoon repeated Seoul's earlier assessment that the regime is ready to conduct the test once a decision is made by leader Kim Jong-un.

Meanwhile, unification minister Kwon Young-se is set to visit the Joint Security Area within the Demilitarized Zone for the first time since taking office on Tuesday to show support for officials at the site.
Share
Print
List