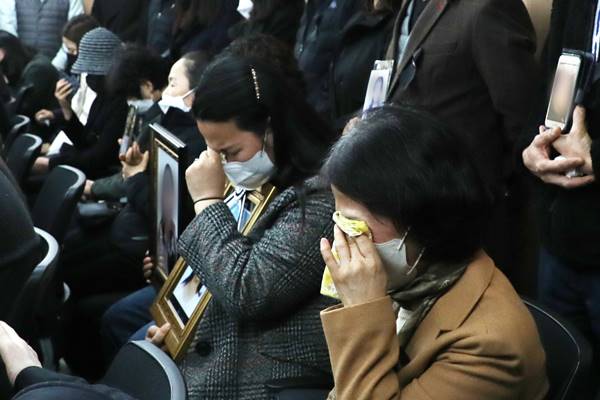 The families of Itaewon crowd crush victims have begun preparations to form an official consultative body one month after the tragedy.

The council consisting of 65 family members issued a statement Monday night, saying they plan to voice concerns to the government, seek the truth behind the tragedy and hold to account those found responsible.

They criticized the government for neglecting to properly apologize to the families and take appropriate measures in response, instead inflicting further pain by evading responsibility and giving false explanations.

The families were critical of the government for setting up a joint memorial altar for the victims and announcing state coverage of funeral expenses without consulting with them in advance.

They also expressed frustration over the government's decision to first focus on compensation for the victims and their families before finding the truth and holding to account those responsible.
Share
Print
List