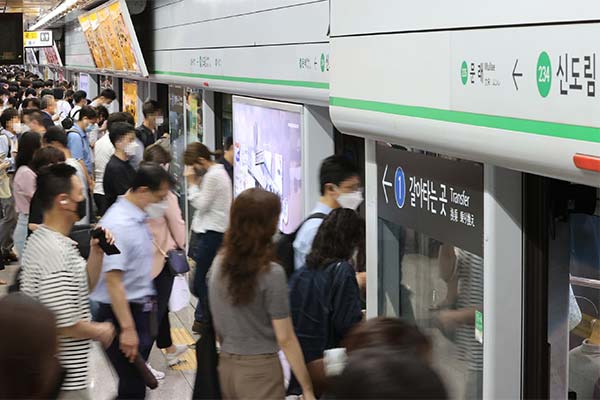 According to city officials on Tuesday, around 13-thousand replacement workers, or 83 percent of the average workforce, have been secured from a pool of retirees and subcontracted workers to mitigate inconveniences on subway lines one to eight and part of line nine.

Over 180 city employees will also be temporarily dispatched to station support duty to prevent subway operation disruptions during rush hour, while off-hour operation will be reduced to 72-point-seven percent of the average.

The city government will also extend rush-hour operation of intra-city buses by up to an hour.

Amid ongoing labor negotiations, the Seoul Metro union is demanding that the company and the city fulfill an earlier pledge to hire an additional 230 workers to properly resume extended nighttime operations and scrap a massive restructuring plan that calls for layoffs.
Share
Print
List