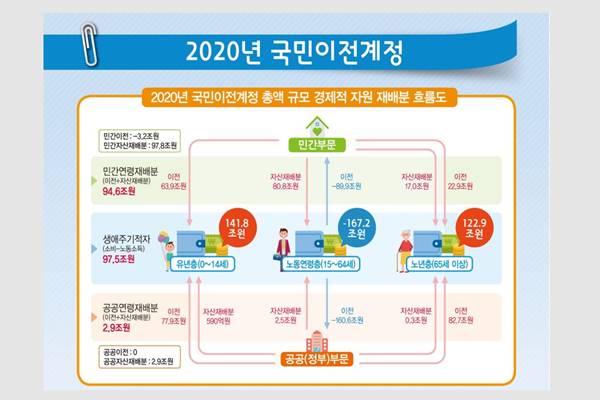 The average earned income in South Korea was found to peak at the age of 42 with an annual income of nearly 37-point-73 million won.

According to data from Statistics Korea on Tuesday, as of 2020, total spending stood at one-thousand-81-point-eight trillion won against a national cumulative earned income of 984-point-three trillion won, resulting in a lifecycle deficit of 97-point-five trillion won.

The average individual lifecycle deficit peaked at 33-point-seven million won at the age of 16, with the first surplus recorded at the age of 27. The maximum surplus was logged at age 43 with almost 17-point-three million won before posting in the red again at age 61.

The return to deficit at age 61 is five years later than in 2010, indicating that people are working later in life as the average lifespan has increased and demographics skew toward an aging population.
Share
Print
List