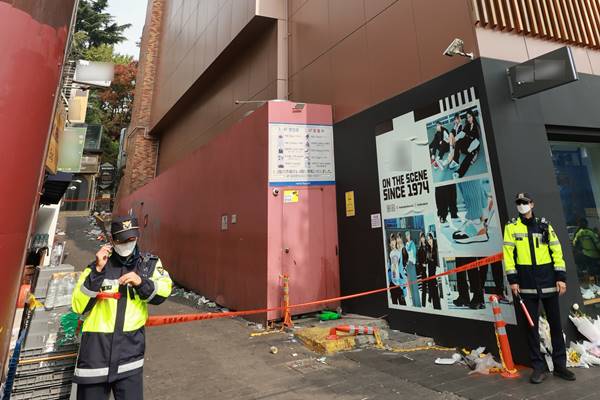 The Seoul Metropolitan Police Agency reportedly alerted the Yongsan Police Station to the risk of a major incident exactly 74 minutes before the fatal Itaewon crowd crush.

According to police communication records obtained by Yonhap News Agency from October 29, an employee at the Seoul police situation room was aware that 112 emergency calls were coming in and informed the Yongsan Police Station about the situation at around 9 p.m.

The employee asked the Yongsan police to mobilize officers and patrol units to verify reports about the Halloween crowds, and requested that officers be deployed to maintain public order in the Itaewon area.

Before conveying this message, the Seoul police situation room also passed on a hotline call to the Yongsan branch that it classified as "code zero," the highest alert level requiring an expedited police response.

The call was made from an alleyway next to Hamilton Hotel and reportedly voiced concern that an accident was imminent with so many people packed together and pushing each other.

Despite the forewarning of a major incident, emergency monitoring officials of the Seoul Metropolitan Police Agency failed to notify their superiors for more than two hours after the “code zero” call.
Share
Print
List