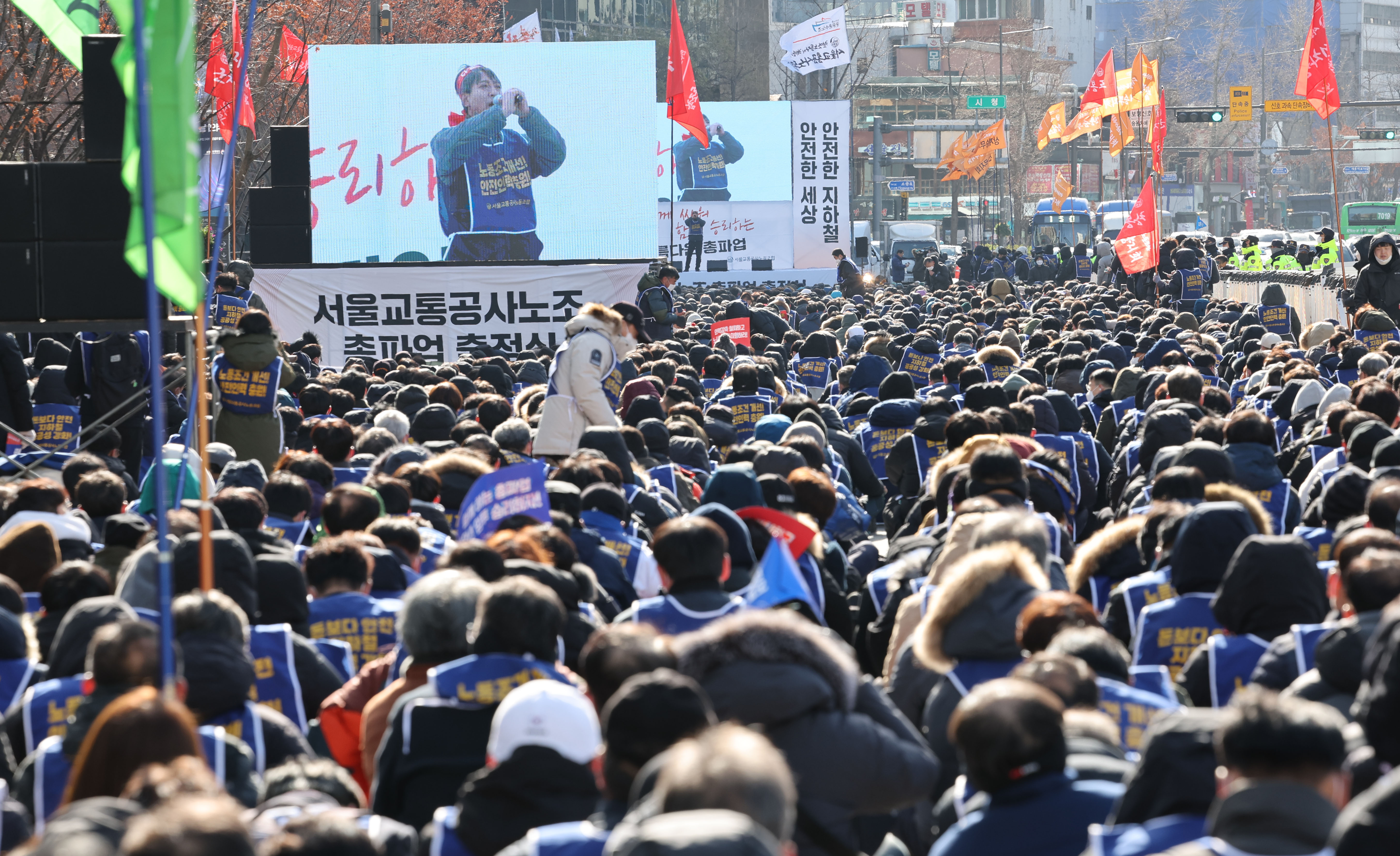 Anchor: The two unions of Seoul Metro launched a general strike for the first time in six years on Wednesday morning, calling for the subway operator to withdraw a restructuring plan that includes layoffs. Despite concerns of the walkout's impact on the morning rush hour, subway operation remained at normal levels with the help of replacement personnel, though daytime operation was dealt with some delays.
Choi You Sun reports.

The unions said that during the final round of negotiations between labor and management, their call to scrap a massive restructuring plan was met only with a proposal not to implement the plan this year.

Denying a claim by Seoul Mayor Oh Se-hoon that the walkout is politically motivated, the unions pledged to fight until the end to block the restructuring plan.

Meeting with reporters earlier, the mayor assessed that the group action is actually linked to the ongoing walkout by unionized truckers, over the Seoul Metro unions' assertions to the contrary.

The first strike in six years comes as workers demand that the company and the city fulfill an earlier pledge to hire an additional 230 workers to properly resume extended nighttime operations and scrap the restructuring plan that calls for layoffs.

The unions argue a special agreement was made with management in September of last year that there will be no coerced layoffs on the pretext of a fiscal crisis, adding that management's current proposal is a regression from it.

With the city securing replacement personnel, subway operation was maintained at normal levels during the morning rush hour period, while delays of up to five minutes were observed as of 10 a.m.
Choi You Sun, KBS World Radio News.
Share
Print
List