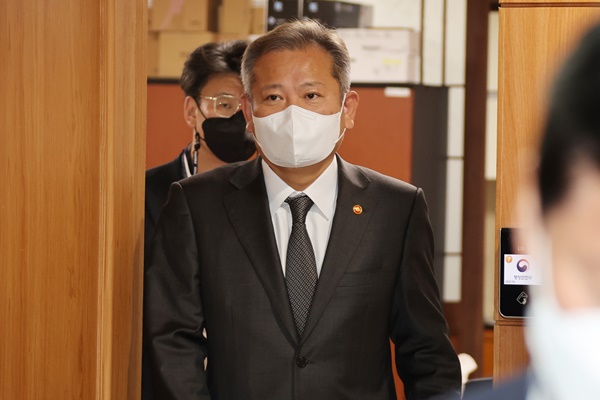 The main opposition Democratic Party(DP) is set to table a motion as scheduled on Wednesday for the dismissal of interior minister Lee Sang-min to hold him accountable for the fatal Itaewon crowd crush.

The party's floor leader Park Hong-geun told reporters on Wednesday that Lee's missteps as the government official in charge of disaster prevention and management are undeniably clear.

Park said the DP is offering the president and the minister a final chance to remedy the problem by putting forward a dismissal motion before an impeachment motion.

If Lee does not step down or President Yoon Suk Yeol disregards the demand even after the non-binding motion is passed in parliament, the DP plans to introduce a stronger impeachment motion against Lee next week.

With its majority in the chamber, the DP seeks to pass the motion during Friday’s plenary session, within the required window from its submission on Wednesday.
Share
Print
List