No Progress in Railway Union-KORAIL Negotiations 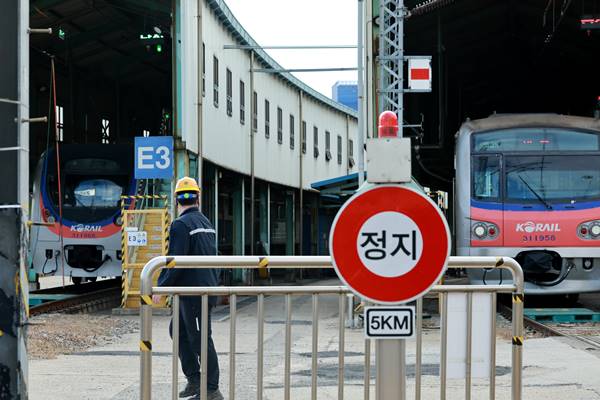 On the eve of a planned general strike by railway workers, union members and the corporate management held negotiations on Thursday, which collapsed in just 20 minutes.

An official from the Korean Railway Workers' Union told KBS that it decided to halt discussion as the management of the Korea Railroad Corporation(KORAIL) showed no change in its position.

The official reportedly said that the union is ready to resume the talks if the management shows a change in its stance, adding the door for dialogue remains open.

The union is reportedly demanding the company introduce a fair and transparent promotion system and maintain the current standards for performance-based pay, along with a wage raise. However, the company has reportedly balked at most of the demands.

Unionized railway workers are set to launch a general strike on Friday amid the prolonged strike by unionized freight truckers.
Share
Print
List