S. Korea Erupts in Joy over Dramatic Advance to World Cup Round of 16 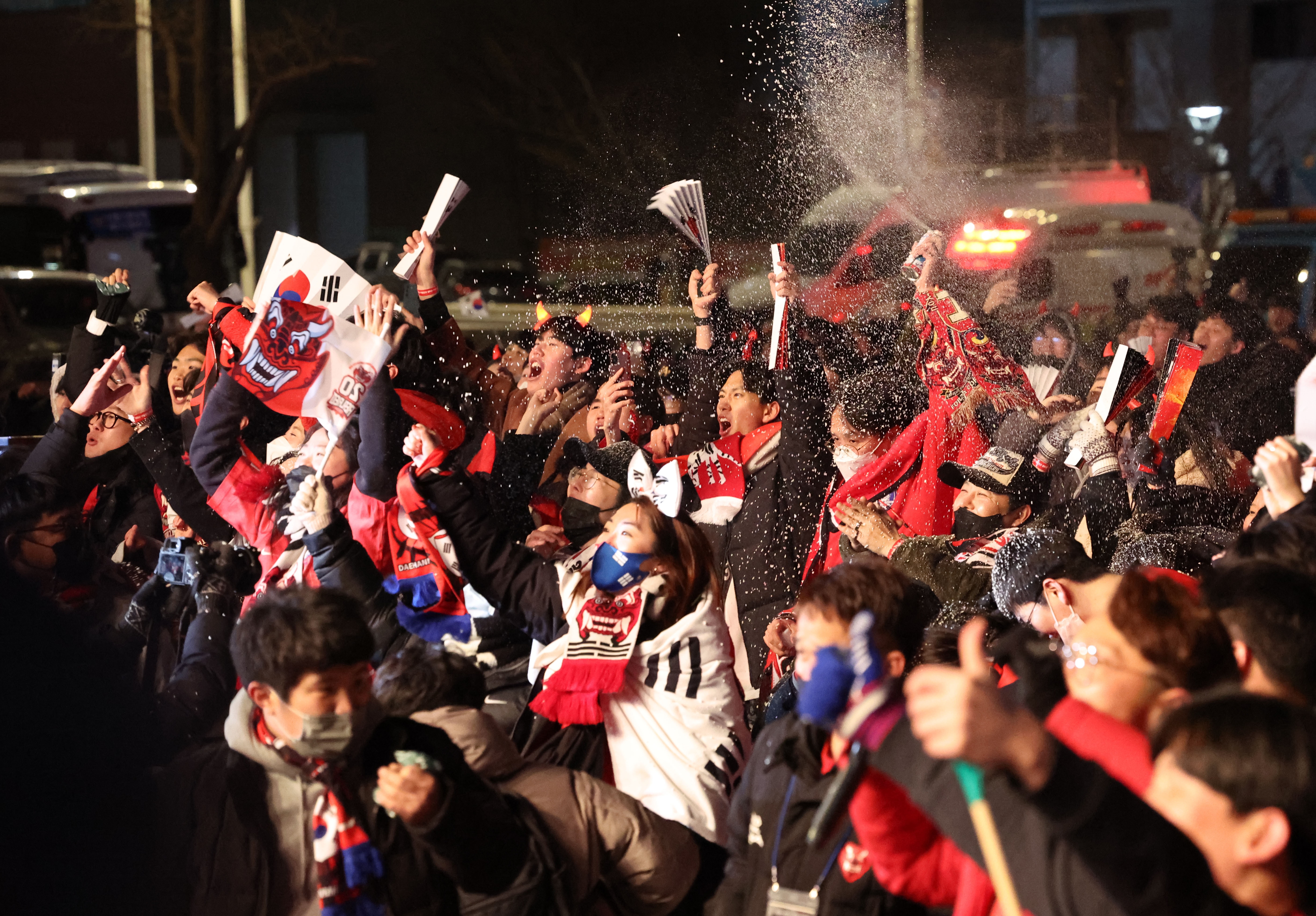 South Koreans erupted in joy in the early hours of Saturday as the Taegeuk Warriors clinched an exhilarating come-from-behind victory over Portugal in the final World Cup group match and advanced to the round of 16.

Some 17-thousand spectators gathered at Gwanghwamun Square in downtown Seoul in freezing temperatures to cheer on South Korea. Even after defeating Portugal, fans had to wait for the outcome of the match between Ghana and Uruguay to see if they advanced to the round of 16.

As news of the knockout stage advance was confirmed fans cried out in tears and hugged each other.

Gwanghwamun Square was cleaned up soon after the cheering event ended as citizens picked up their trash and headed home.

Elsewhere in the capital region, some 12-hundred gathered at the World Cup stadium in Suwon and 300 at a soccer field in Incheon to watch the Portugal match together.
Share
Print
List