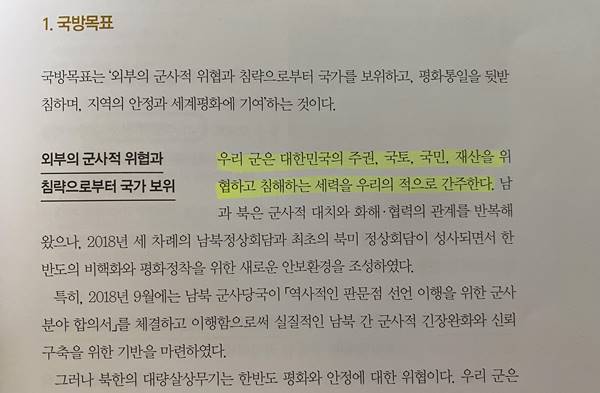 South Korea's defense ministry will reportedly refer to North Korea’s military and government as South Korea’s "enemy" in its defense white paper to be released next month.

According to multiple government sources on Tuesday, the draft of the first defense white paper under the Yoon Suk Yeok administration uses the word “enemy” in reference to the North.

A source said that the description was included in the draft as suggested by Yoon's presidential transition committee in May.

At the time, the committee presented 110 policy goals for the Yoon government, including descriptors in defense white papers making it clear that the North Korean military and government are South Korea's enemy.

The defense ministry then included the description in its education materials for officers.

The use of the term “enemy” in the final white paper would be the first in six years.
Share
Print
List