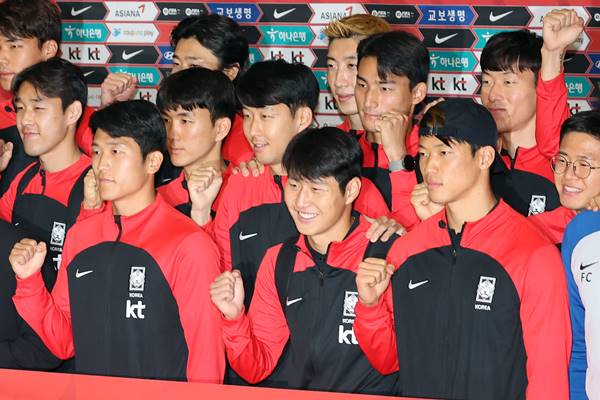 President Yoon Suk Yeol will host a dinner for the South Korean national football team on Thursday to celebrate their performance in the 2022 Qatar World Cup.

According to the presidential office, the team and coaching staff, including head coach Paulo Bento and captain Son Heung-min, have been invited to the dinner.

The top office said that the event was arranged to show encouragement for the national team following their good showing in the World Cup, reaching the knockout stage for the first time in 12 years.

After Team Korea's World Cup campaign came to an end with a 4-1 loss to top-ranked Brazil in their Round of 16 match, Yoon said on Tuesday in a social media post that the South Korean people’s hearts beat as one with the dramatic display put on by the players.

He added that the country's challenge will continue, and he, along with all South Korean citizens, will happily dream of the next great challenge in four years.