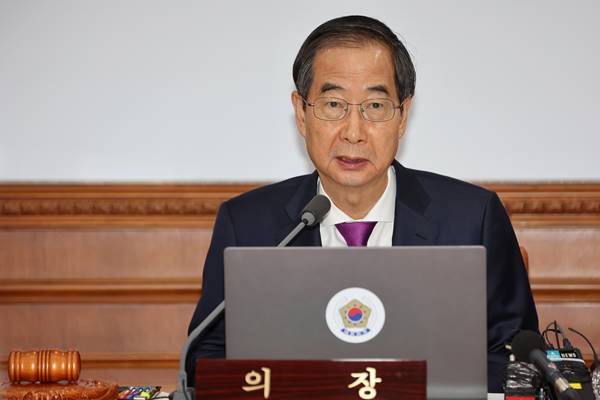 The government has expanded its return-to-work order for striking unionized truckers, ordering drivers who serve the steel and petrochemical industries to get back to work.

The order comes nine days after a similar directive for cement truckers.

Prime Minister Han Duck-soo revealed the decision during an extraordinary Cabinet meeting on Thursday as he noted that the strike by unionized truckers has entered its 15th day, dealing serious blows to the nation’s economy and industries.

The prime minister said it was inevitable for the government to expand the back-to-work order amid concerns that the damage from the prolonged strike could expand to key industries, including semiconductors, and drive the nation’s economy into crisis.

Han said the latest step is a “special effort” by the government to protect the nation’s economy from a crisis and urged striking truckers to end their walkout and promptly return to work.