Nuclear Envoys of S. Korea, US, Japan to Meet in Indonesia Next Week 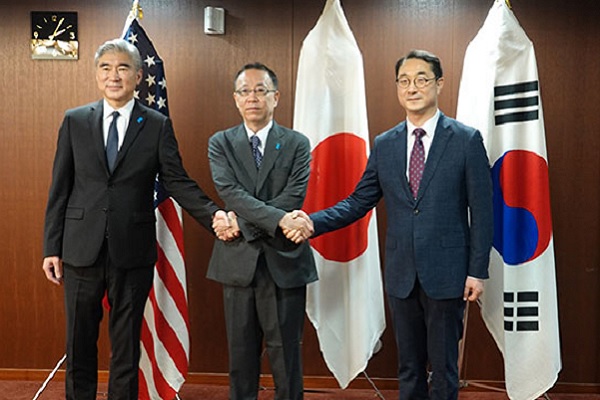 Top nuclear envoys of South Korea, the United States and Japan will meet in Indonesia next week to confer on North Korea.

According to Seoul's foreign ministry on Thursday, Special Representative for Korean Peninsula Peace and Security Affairs Kim Gunn will hold bilateral and trilateral meetings with his American and Japanese counterparts, Sung Kim and Takehiro Funakoshi, on Monday and Tuesday in Jakarta.

The top nuclear envoys held in-person meetings three times in June, July and September since Kim took office in May.

The ministry said the three negotiators have continued close consultation regarding North Korea's nuclear development amid an unprecedented escalation of the regime’s aggressions.

The ministry said in the planned meetings, the three sides will likely share their assessments on the situation on the Korean Peninsula and hold in-depth discussions on the denuclearization of North Korea.
Share
Print
List