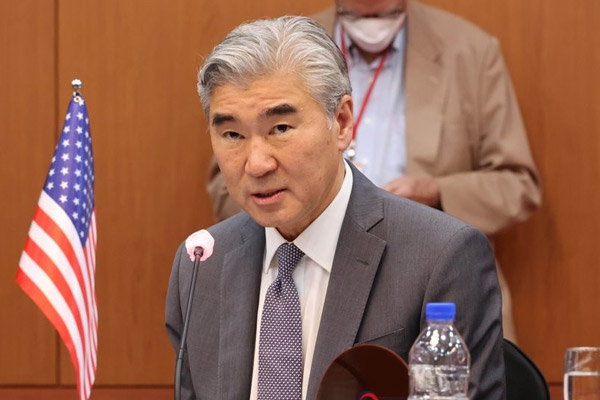 The top nuclear envoys of the United States and China held virtual talks on responding to escalating provocations by North Korea on Wednesday.

The U.S. State Department said in a press release on Thursday that Special Representative for North Korea Sung Kim held a video conference the day before with his Chinese counterpart Liu Xiaoming to discuss the North's increasingly destabilizing and escalatory behavior.

Strongly condemning the missile launches, which violate multiple UN Security Council resolutions, the U.S. envoy stressed the need for all UN member states to fulfill their obligations and fully enforce all sanctions imposed on Pyongyang.

The department said Kim also emphasized that both countries share the important goal of maintaining peace and stability on the Korean Peninsula, reaffirming the U.S.’ commitment to diplomacy with the North and willingness to meet at any time.
Share
Print
List