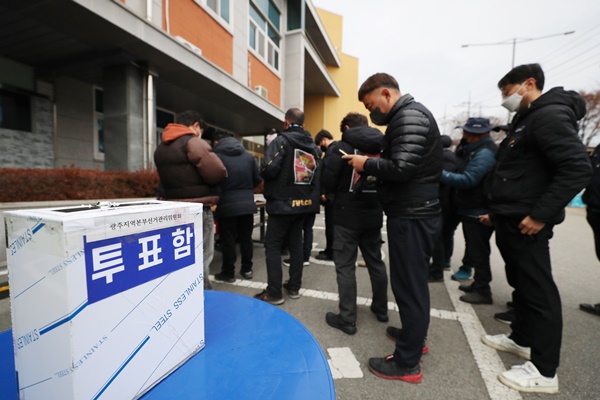 The Cargo Truckers Solidarity union has voted to call off a general strike that has lasted over two weeks.

According to the North Jeolla chapter of the trucker association operating under the Korean Confederation of Trade Unions(KCTU), a majority of its voting members were in favor of ending the walkout.

Meanwhile, the chapter in the southeastern port city of Busan decided to return to work without a vote.
Share
Print
List