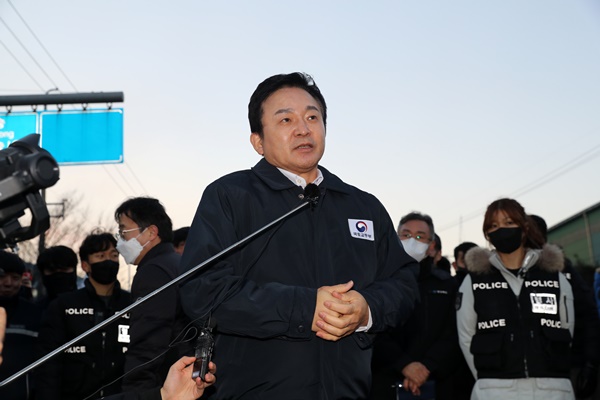 During a visit to an apartment construction site in Incheon on Friday morning, the minister called for an end to unilateral work stoppages that paralyze the country and inflict staggering losses.

Regarding unionized construction workers who also joined in the truckers’ walkout, Won said they were banking on their near monopoly and argued that such malpractice of browbeating demands runs rampant at construction sites.

As for the safe trucking freight rates system, Won said that merely extending the scheme is not a real resolution but actually making the problem worse.

He reiterated the government’s stance that an extension is not a solution when the merits of the freight rates system are still under contention.
Share
Print
List