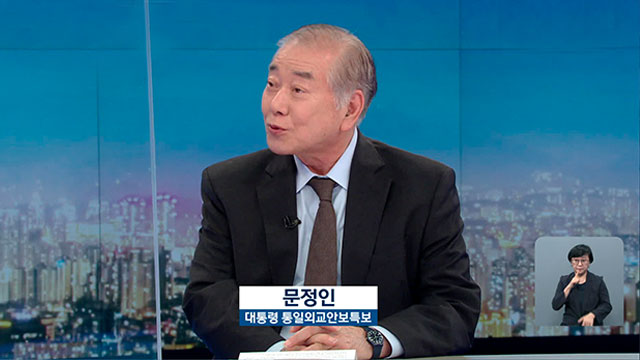 President Moon Jae-in's special advisor on foreign affairs and national security has called for an inter-Korean summit in relation to the recent killing of a South Korean official by North Korea at sea.

Appearing on a KBS program on Saturday, Moon Chung-in stressed the need of the summit following the death of a South Korean fisheries official in North Korean waters in the Yellow Sea.

The special advisor said that North Korea recently sent a notice offering their apology over the death, but it was a written apology and an oral apology is also necessary.

As for reasons for the inter-Korean summit, he said the two Koreas need to discuss how to seek momentum in efforts to realize denuclearization of the Korean Peninsula after the United States presidential election set for early November.

The advisor said the inter-Korean summit could be held in the form of a virtual meeting. He said the summit would serve as a critical opportunity for the two Koreas to make a breakthrough in their relations and to bring peace on the peninsula.
Share
Print
List