The Ministry of State Security & Other Organizations

The NSA, a special organization that is not found in the KWP Statutes or the constitution, is mainly in charge of maintaining social and political order. In 1973, the ‘National Political Security Agency’ was installed to specialize in political operations formerly undertaken by the ‘Social Security Agency’, which was under the supervision of the Cabinet.

During the 1st Congress of the 7th SPA held on April 5, 1982, social control functionaries were detached from the Cabinet and integrated with the ‘National Political Security Agency’, which was then renamed the ‘Security Agency’. This organization was renamed as ‘National Security Agency’ in 1993. Mainly in charge of political inspection, the organization branches out from the central government throughout all regional administrative divisions as well as the KPA and other special organizations. 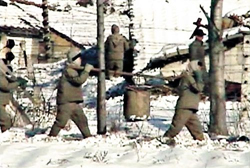 The Yoduk concentration camp, the supposed destination of numerous dissidents, is believed to be the harshest in North Korea.

The Central Court supervises all other Courts. Because the Central Court answers to the SPA or the SPA Standing Committee, legal administration is not independent from political influences.
Prosecution Agencies and Courts conduct the administration of justice. Due to the 1998 constitutional amendments, the authority and position of the Prosecution Agencies were extended to dominate that of the Courts.

The Three Revolution Teams
These teams, created to pursue the ‘Three Revolutions Movement’ stated by the 1972 Socialist Constitution, were dispatched to production facilities at all levels. The teams consisted of 20~50 party members, university students, and scientists. From the 1980s on, the teams came under the direct supervision of Kim Jong-il and were dispatched to all institutional schools to lead the ‘Three Revolutions Movement’.
Considering the fact that the dominant post-war generational members from the teams were appointed en masse as SPA members in the 6th KWP meeting in October 1980, it seems the teams were actually created for the purpose of supporting Kim Jong-il’s succession to power. The Three Revolution Teams have shown little activity following the 1990s. 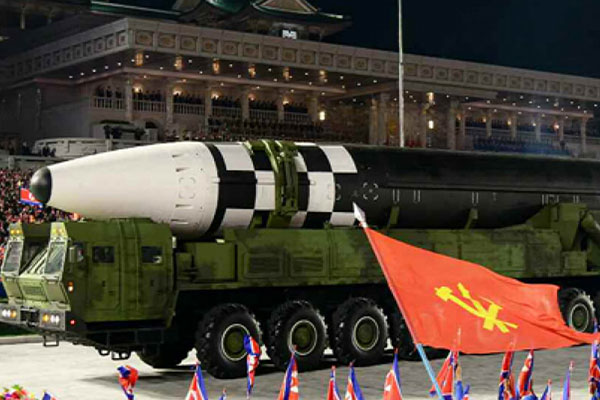