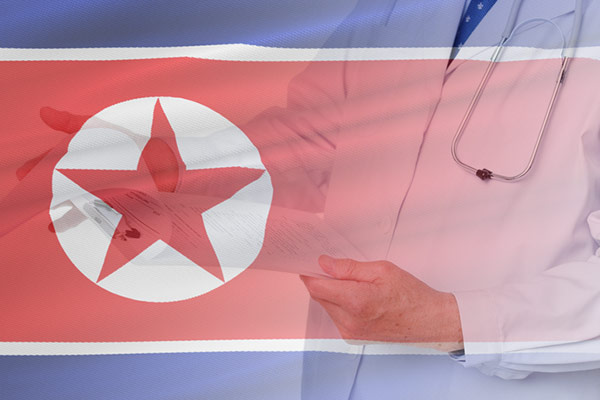 As recently as the 1960s, the life expectancy gap between South and North Korea was just one year. However, the gap has widened to 11 years since then, according to the UN’s Annual State of the World Population Report. South Koreans may now expect to live an average of 83 years, while North Koreans’ life expectancy is estimated at 72 years. The gap is largely attributable to the poor healthcare system in North Korea, despite its claims that it has established a medical utopia.

Today, we’ll look into the actual state of North Korea’s medical and healthcare system with Professor Lee Mi-gyeong at the Institute for Unification Education.

On paper, the North Korean government takes care of citizens’ health throughout their lives. The basics of the nation’s medical care are free healthcare and a unique policy where one doctor is responsible for a certain number of households. That is, North Koreans ostensibly enjoy comprehensive healthcare benefits such as medical treatment and disease prevention, from cradle to grave, completely free of charge.

North Korea introduced the medical care system in the early years of the regime. Shortly after the regime was founded, it carried out various reform measures in a move to eradicate the vestiges of Japanese colonial rule and build an ideal socialist state. At first, free medical treatment, along with life insurance, was provided to workers. After a time, the policy expanded to cover all citizens.

As specified in Article 56 of North Korea’s Constitution, “universal free medical service” was offered to all citizens beginning in the 1960s. The free healthcare system, in which the state pays for treatment, medicine and procedures, was a potent propaganda tool for the regime in its ideological battle against South Korea. Professor Lee now explains another aspect of the North’s medical care system.

In North Korea, doctors in different administrative sections are in charge of the health of local residents. Their major jobs are sanitary control, disinfection and vaccination in their regions. On the surface, this “household doctor system,” as it is roughly translated, might be considered a benevolent feature of North Korea’s free medical care. But the system is also a means of controlling the people, as doctors manage the personal information, including health conditions, of residents in certain regions and detect their movements as well. The system could be exploited for political purposes.

Under the “household doctor system,” obstetricians and gynecologists take charge of pregnant women and childbirth, while pediatricians look after those under 14. Adults are taken care of by physicians. A doctor visits households under his or her responsibility one to four times a year to administer treatment as necessary, and encourages good health practices for households. One doctor is assigned to 500 people in rural areas and 4,000 people in big cities.

When it was conceived, it was considered to be an advanced system, as it allowed every resident to benefit from systematic healthcare. At the same time, it was an effective means of identifying the movements of the people. Apparently, North Korea used its medical system as a means of promoting the regime and controlling the people. Professor Lee now talks about the number of medical institutions and doctors in North Korea.

According to a 2014 report by the World Health Organization, there were 8,988 health and medical institutions in North Korea. One or two doctors are assigned to small villages where specific departments like pediatrics are unavailable. Four to 5 doctors are assigned to a general clinic, which has an internal medicine, surgery, and pediatric department. Ten or fewer doctors work at your average hospital, while as many as 400 can be found at larger and more advanced medical institutions.North Korea has 3.3 doctors per 1,000 people, higher than the OECD average of 3.1, as well as South Korea, which has 2 doctors per 1,000 people.

North Korea operates a number of different medical institutions, from university hospitals to general clinics, across the country, depending on the population and needs of a particular city, province, or village. Some businesses and factories even have on-site medical care facilities.

The level of healthcare workers is as high as that of South Korea’s. To become a doctor, North Koreans are required to study for six or seven years at a medical school. There is no state-administered doctor qualification exam in North Korea, so medical students must pass certain exams while in college to be a qualified doctor. Healthcare workers, once certified, are given the title of “honorary revolutionist” by the regime, as they are considered indispensable for sustaining the nation’s healthcare system.

However, free medical treatment came to an end in the 1990s during a period of extreme economic contraction that caused the collapse of many of North Korea’s centrally distributed goods and services systems.

North Korea’s healthcare system calls for the state to be responsible for everything related to health throughout one’s life. But economic difficulties ripped the nation’s finances to shreds, and North Korea just couldn’t afford to pay for medical care.

Since then, many clinics and hospitals in the nation experience chronic shortages of basic medicine and equipment. Even medicine supplied by international organizations, such as UNICEF, are found at jangmadang private marketplaces, not at hospitals. That means healthcare workers and patients too must get supplies from private sellers, and doctors asks patients to supply their own medicine.

Even things like anesthesia must be purchased by the patient and brought to a doctor before surgery. That’s how most hospitals work.

Although the country was by no means a rich one before the 1990s, North Korea was nonetheless able to maintain its unique social system. But the economic crisis changed everything. The state could no longer provide medical supplies to local clinics and hospitals. The “household doctor system” became useless, with doctors visiting homes as a mere formality. Medicine was smuggled out to the jangmadang, where citizens bought medicine as instructed by doctors.

Infectious disease was soon rampant. In 2016, 130-thousand North Koreans were diagnosed with tuberculosis and 11-thousand people died of that disease. Malaria is a problem too, with more than 10-thousand cases having been reported in North Korea each year since 2008. Patients often contract hepatitis B in hospitals due to a lack of medical equipment such as syringes and inadequate sterilizers.  To prevent the healthcare system from collapsing altogether, North Korea has been overhauling the system in recent years.

After Kim Jong-un came to power in 2012, North Korea set a goal of building a highly civilized communist power. That means the North tries to improve the standard of living for people. North Korea has actually worked on the expansion of general hospitals and built new clinics to offer high-quality medical services. The latest session of the Supreme People’s Assembly, which is the nation’s parliament, approved an increased budget for healthcare. Under the current Kim Jong-un regime, it seems the nation is trying to develop and modernize its medical and healthcare system.

While North Korea has been reforming its medical system for years, it finds it difficult to raise funds for reform due to strong international sanctions. It remains to be seen whether the nation can ever fully revive its free healthcare system.