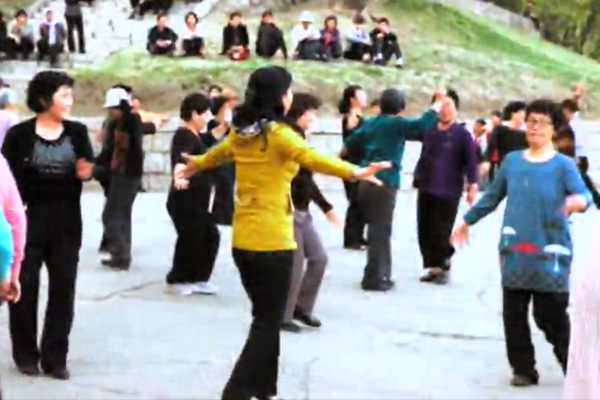 May is regarded as family appreciation month in South Korea. The month is packed with family-associated days like Children’s Day on May 5th, Parents’ Day on the 8th and Married Couples’ Day on the 21st. So, what does “family” mean in socialist North Korea? Today, we’ll talk about the concept of family and wedding culture in the North with Professor Chung Eun-chan from the Institute for Unification Education.

In North Korea, family has two different concepts. First, a family consists of parents and their unmarried children. This is a typical family that is bound together by blood. But North Korea puts more emphasis on the second concept of family, namely, a socialist family, in which the father is the nation’s supreme leader, the mother is the party and their children are the people. The leader is actually referred to as the “Dear Father,” while the epithet “Mother” is often applied to the party. Under this concept, the entirety of North Korean society is viewed as one large family.

Without parents, children cannot exist. So the North underlines that, so the public should show love and loyalty to their leader and the party, just as children should respect their parents and serve them devotedly.

Back in 1962, North Korean founder Kim Il-sung said in his New Year’s speech that it was necessary to turn the society into one great family where members unite and live in harmony. Afterwards, the concept of the socialist family served as North Korea’s governing rule calling for people to be loyal to the leader and the party.

But this unusual concept is just a means of controlling the society. In general, North Korean citizens get married and start a family, just like people in other countries. Professor Chung now talks about North Korean culture regarding marriage.

In July 1976, North Korea’ Cabinet decided to encourage people to marry late because married female workers couldn’t properly work due to childbirth and childcare. Under the instruction of then-leader Kim Il-sung, the nation began to adopt a birth control policy, allowing men and women to marry over 30 and 28, respectively. But beginning in the 1980s, the marriage age was gradually lowered. Currently, the minimum age for marriage is set at 18 and 17 for men and women, respectively.

On average, North Korean men tie the knot in their late 20s or early 30s and women, in their late 20s. In the past, relatives, senior officials at companies or party members would arrange marriages for young couples. But these days, people prefer a love match to an arranged marriage.

Ideal spouse conditions have also changed. Previously, those who worked at powerful organizations such as the State Security Department or the Department of Social Security were seen as desired partners, but today, high incomes are an important factor in determining future spouses. After finding their lifetime companions, they conduct wedding ceremonies in a traditional way.

For the wedding ceremony, North Korean brides are typically dressed in the traditional garment of hanbok, which is called “Joseon attire” by North Koreans. The groom usually visits the bride’s house first to be treated with wedding food set on a ceremonial table, and the bride then visits the groom’s home for the same ritual.

For wedding gifts, the groom gives the bride clothes or cosmetics. In many cases, the groom is responsible for preparing a house. This is similar to South Korea. The bride, meanwhile, presents the groom with clothes or a wrist watch. Brides are supposed to prepare five furniture pieces and six electronic products. The five furniture items refer to a wardrobe, a blanket bedding cabinet, a bookshelf, a cupboard and a shoe closet, while the six home appliances are a TV set, a freezer, a recorder, an electric fan, a sewing machine and a camera. Those who can prepare all these things are considered great brides.

There is no specific wedding hall in North Korea. Wedding ceremonies are held at the bride’s or groom’s house, their workplaces or a local cultural center. The ceremonies are attended by family members, relatives, friends and co-workers. Those who live in big cities and well-off families rent a restaurant for a wedding. Some restaurants in Pyongyang are known to serve as wedding halls. Wedding gifts are exchanged on the wedding day, and the gifts vary, according to the bride’s and groom’s living standards.

Things needed for a wedding should be provided by the state, in principle. But in reality, people make all the necessary preparations themselves. At North Korean weddings, liquor is the most important ceremonial food. The state is also supposed to offer liquor on weddings and traditional holidays, but people purchase it separately because the amount given by the state is too small. Liquor, rice cakes, noodles and corn are offered to wedding guests, who give a monetary gift, corn or rice in return.

After the wedding ceremony, the bride and groom visit the statue of the top leader in their region and enjoy their honeymoon at a nearby tourist attraction or a resort area for a couple of days.

The state provides housing to newlyweds. These days, many of them have to wait for a long time due to a shortage of houses. Therefore, some brides choose to live with the groom’s parents.

Many North Korean people, like South Koreans, are deeply devoted to their parents. People on both sides of the border share the same culture of tending for one’s parents with filial duty. North Korea has no Parents’ Day, as there is only one parent, namely, the dear leader, in the nation. But the North still celebrates Mothers’ Day on November 16.

North Koreans highly value family love and filial devotion. Even during extremely difficult economic times, many North Korean family members stuck together and never lost their love for each other.

It was not until 2012 that North Korea designated November 16 as Mother’s Day. Before that, the nation only commemorated March 8 for International Women’s Day.

But since the designation of Mother’s Day, many children in the North, like their South Korean counterparts, have presented carnations to their parents. Some dutiful children cut the branch of an azalea tree a week before Mother’s Day and place it at their parents’ home so it can flower on that day. Also like South Koreans, North Koreans hold a memorial ritual for their parents after they pass away.

Despite North Korea’s claim that it guarantees the right to freedom of religion, people do not really enjoy that right. Most of the North Korean people have a Confucian belief that things will turn out well only when they serve their ancestors. This is why they are dedicated to traditional ancestral rites. Since the years of Kim Il-sung, the North has instructed people to simplify traditional rituals associated with the four ceremonial occasions of Korea—coming of age, wedding, funeral and ancestral rites. Yet, many North Koreans strongly believe that they should worship their ancestors in a proper way. They often save their own food or money to prepare for ancestral rituals.

“Jesa” is an annual ritual held on the anniversary of the ancestor’s death, while “charye” is a similar ancestral rite but is held on major traditional holidays like Chuseok and Lunar New Year’s Day. For North Koreans, charye is more important than jesa, since the nation criticizes jesa for not conforming to socialist lifestyles and restricts it, while allowing people to hold charye during traditional holidays.

North Koreans mostly hold jesa or charye at their ancestor’s graves, rather than at home. They do not perform conventional procedures like reading out a prayer and identifying the dead from a piece of paper affixed on a tablet. They prepare food they can afford. While setting the ceremonial table with great devotion, they honor and reminisce about their deceased ancestors.

Although South and North Korea have been divided for over half a century, it seems the two Koreas are not much different when it comes to family love and dedication to their ancestors.