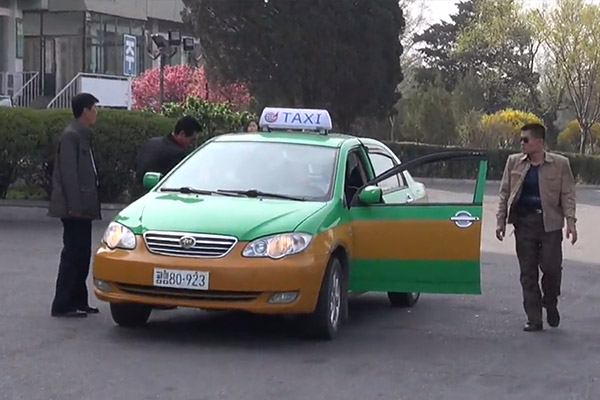 In line with growing calls for effective distribution networks as a result of increasing consumption, the delivery industry worldwide is growing rapidly. Amazon, the world’s largest e-commerce company, offers same-day shipping service that promises delivery within 24 hours. In Australia, drones are used to deliver food and medicine. Delivery robots have appeared on university campuses in the U.S., while a special service in South Korea delivers products ordered before midnight by 7 a.m. the next day. It appears that delivery services have been diversified in many parts of the world and North Korea is no exception.

Today, we bring to light a major change in North Korea’s delivery system with Kang Mi-jin, a North Korean defector who works at the Seoul-based online newspaper, Daily NK.

It was 1995 when logistics vehicles called “servi-cha” appeared in North Korea. During severe economic difficulties, the state could no longer distribute food to the people, who had to survive on their own through market activities. They had to move from place to place to sell things, but the nation’s railroad system almost stopped working. So, they began to ride on cargo trucks that had previously been used by state organizations. In other words, freight vehicles carried people. North Koreans somehow associated the act of moving people or goods for money with the concept of “service” and began to call the vehicles “servi-cha,” meaning “service car.”

In the past, railroads served as a major transportation means in North Korea. Just 10 percent of the North’s roads were paved, and the total length of its roads was only 21 percent of that of South Korea. It comes as no surprise that the North relied mostly on railroads for transporting people and products.

However, the outdated railways in the North couldn’t function properly as a means of delivery due to the lack of repair amid economic difficulties. Even North Korean leader Kim Jong-un complained of the inconvenience of using the railways in his nation during his first summit with South Korean President Moon Jae-in in April last year.

Economic hardships and the problem of using railways gave rise to an alternative means of transport, namely servi-cha, a combination of “service” and “cha.” “Cha” means “car” in Korean. In North Korea, servi-cha refers to all types of vehicles used to move products in exchange for money. The delivery vehicles emerged in the mid-1990s when many North Korean people began to work as vendors moving their supplies around the country. It is fair to say that servi-cha reflects the emergence of a market economy in the North.  Ms. Kang explains how servi-cha and delivery services work in the North.

A man who wants to send some goods to a certain region goes to a local parking lot, where buses and cargo trucks are stationed. Each vehicle has its own number indicating its destination. If the man wants to send goods to Hamheung, for example, he finds a vehicle heading for that location and negotiates with the owner or the driver of the vehicle. He gives the driver his phone number and that of the person who is supposed to receive the goods. The driver also gives his number to the man, who pays a delivery fee. Before arriving in Hamheung, the driver calls the consignee to inform him of the expected time of arrival and tells him to come to the parking lot in the region. There, the consignee can find his parcel as his address is written on it.

Servi-cha drivers deliver products safely at a given time and place, communicating with sellers and consumers in real-time with their mobile phones. At first, vehicles belonging to the military or state enterprises were used as servi-cha. Vendors borrowed them to deliver goods and paid fees in return. These days, buses, vans and motorbikes are also used for transportation. As the types of servi-cha have been diversified over time, transport fees have become stable and transparent.

Before servi-cha appeared, it was vehicle drivers or train operators who decided on transport fees. That is, those who wanted to send goods had to pay money as the deliverymen wanted. But now, people have a wider choice of servi-cha. For instance, if a servi-cha traveling from Hyesan to Chongjin is too expensive, users may choose another one heading for the same destination. Because of the competition, operators of delivery vehicles have to maintain transport fees at a certain level. Moreover, users can share information about the fees through mobile phones these days. So the operators cannot raise the fees at random.

Servi-cha is an important means of connecting wholesale dealers with merchants in private markets or jangmadang. In line with the rapid growth of the jangmadang, the number of the logistics vehicles increased significantly, making it difficult for servi-cha operators to make excessive profits. The wide use of mobile phones in North Korea has also allowed citizens to share relevant information and therefore contributed to making transport fees level off.  Ms. Kang talks about another change brought on by servi-cha.

One of my friends lives in Hyesan, Ryanggang Province. She says that it typically took at least eight days to send a parcel from Hyesan to Haeju in Hwanghae Province but that it takes only two to three days now as she can use servi-cha.

Previously, most North Korean citizens used state-run post offices to send goods. But now, more and more people prefer servi-cha as they have wider service options and fewer missing packages when using it.

It took a long time to send goods through post offices, which also regulated the size and content of the parcels. These problems were resolved by servi-cha. There is no restriction at all on the size and content of goods or travel distance. So, servi-cha allows users to receive fresh products like fish and fruit in just a couple of days. Amid fierce competition, accurate delivery has become crucial for servi-cha operators, who have made efforts to improve the quality of their services. For example, the operators hire workers in charge of loading things onto vehicles for a safer and more effective delivery. The development of delivery services has created new jobs as well.

Despite the expansion of the delivery business, private ownership of servi-cha is not permitted in North Korea.

North Korea allows servi-cha businesses to some extent. But in principle, there is no private delivery service in the socialist North, although the nation has adopted some elements of a capitalistic economy. Even if an individual invests his private money in the servi-cha business, he cannot run the business under his name and the business is registered as being owned by a state enterprise. Furthermore, he is required to pay fees to the state on the grounds that he uses the name of the state company. But as long as he pays the fees, he can operate the business as he wishes.

Basically, people in the socialist North cannot own vehicles. However, as private markets spread in the communist state, a new class of wealthy individuals, known as donju, has imported buses, cargo trucks and cars from China and other countries to get into the lucrative delivery business. The rich businessmen register the vehicles they purchased in state enterprises and operate the servi-cha business.

North Korean authorities turn a blind eye to the practice because a crackdown on servi-cha would lead to a logistics disruption. Prices would go up and rising prices at private markets would fuel public discontent. Servi-cha already comprises a major axis of the distribution network in North Korea. As the state is unable to provide the means of transport properly, elements of a market economy are being introduced in North Korea’s transportation system, as in many other areas.