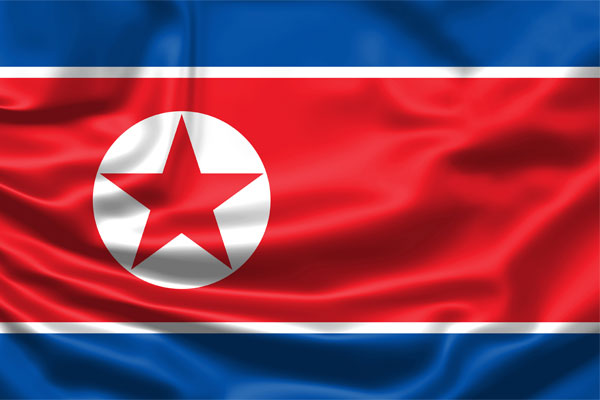 On January 27 this year, North Korea’s official Rodong Sinmun newspaper unveiled a propaganda painting that encourages the public to achieve self-reliance, under the slogan of “Move forward with spirit to a new victory!” In North Korea, propaganda posters serve as an important channel to link the party with the public. Today, we’ll learn more about North Korea’s propaganda paintings from Professor Choi Hee Sun from the Graduate School of Arts at Chung-Ang University.

In the North, propaganda paintings are such an important visual medium that they are included in the Rodong Sinmun, the organ of the ruling party. 60 to 100 pieces have been produced every year for the purpose of encouraging the people to accomplish the goals presented in the country’s joint New Year editorial. On top of that, similar posters are created and unveiled whenever necessary. For instance, a propaganda poster supporting the project of building 50-thousand homes in Pyongyang was produced by the Workers’ Party of Korea Publishing House in early April.

North Korea’s propaganda paintings typically remind people of political posters, featuring aggressive slogans and images of laborers making large gestures. Their themes or purposes vary from ideological education in politics and labor mobilization in the economy to the promotion of social events and the instigation of anti-American sentiment in the military.

In addition, they are produced for promoting goods as advertisements. Ad-posters have been created since the 1960s, albeit there are less made than political ones.

North Korea’s propaganda posters consist of images and slogans. In some posters, images comprise a large part, with a powerful slogan or a short but convincing phrase added. Most importantly, they should catch the eyes of the people and convey the message at a glance.

Propaganda posters for the New Year’s joint editorial are especially important, so they are designed directly by meritorious artists at Mansudae Art Studio or those at the Workers’ Party of Korea Publishing House.

North Korea’s propaganda paintings generally feature the theme of socialism and take the form of the ink-and-brush painting technique known as “chosonhwa” in the North. They are characterized by a dynamic layout, vibrant colors, typical subjects and Gothic font. North Korean artists are dispatched to workplaces such as construction sites, factories and cooperatives several times a year. It is very important for them to draw a quick, on-site sketch for the so-called “socialist realism,” which gives a vivid description of the sites, and portray a positive future. Sometimes, the pictures show work orders on the monitor at a factory, architectural drawings or machine parts. These are important resources for North Korean researchers. Before the construction of the Masikryong ski resort, site plans of the envisioned facilities were shown on its propaganda poster. So it was possible to figure out the spatial structure of the ski resort before its completion.

Slogans on propaganda paintings directly indicate the leader’s instructions shown in the New Year’s editorial to reflect the country’s political and economic policy line. During the Korean War, the theme was mostly about military conquest. After the war, posters stressed the need to increase productivity, with an emphasis placed on the ideal attitude of people in a socialist state and economic development.

The latest propaganda drawing carried in the Rodong Sinmun newspaper stresses the importance of implementing the decisions made at the third plenary session of the eighth Central Committee of the party.

Former leader Kim Il-sung is said to have engaged in guerrilla warfare against Japanese colonial rule. Propaganda paintings created during that period mostly used the printing method of woodcuts or simple lithographs. The black-and-white paintings highlighted drawing lines or ink lines of the traditional chosonhwa.

During the war, color posters were created with the purpose of facilitating the transportation of military supplies. Works from the post-war era showed the images of red flags symbolizing communism, weapons and soldiers. A poster with a slogan “Have you got on the Chollima?” is a good example that shows typical elements of socialism. Chollima refers to a mythical horse with wings that can run hundreds of kilometers in a single day, and North Korea uses this word for a speed campaign, like the Chollima movement. Drawn by artist Gwak Heung-mo, the poster urges the people to join the mass mobilization campaign. Similar paintings have since been created to motivate the public to achieve speed battle goals.

In the 1980s, unification-related themes were frequently found in propaganda posters, while anti-U.S. sentiment prevailed in the posters in the mid- and late-1990s. Since current leader Kim Jong-un took power, the themes have changed, depending on North Korea’s relations with the outside world, including South Korea.

At some point, the anti-American theme never appeared. North Korea’s propaganda paintings have reflected the country’s priorities of a particular time period.

During the rule of Kim Jong-un, North Korean society has seen many changes, which are reflected in propaganda posters. It is easy to read the changes simply by looking at who appear and what they wear in the posters.

In the initial stage, people who appeared in North Korean propaganda posters most frequently were laborers, farmers and soldiers, especially workers at steel mills and construction sites as well as female workers wearing an apron at textile factories. But during the years of former leader Kim Jong-il, workers and farmers were replaced by soldiers. And recent posters show scientists and engineers. Most of the intellectuals are clad in a grey or dark-colored suit and a necktie. Some wear glasses and hold paper or a Ph.D. certificate. Posters in the current Kim Jong-un era show the images of North Korea’s nuclear and missile programs as well as those related to education. In this way, propaganda paintings can track changes inside the country.

Propaganda posters, like artworks, are used for obtaining foreign currency in the North. North Korean art has now become a remnant of bygone socialist realism, with most socialist states collapsing. That’s why some are eager to add North Korean and Cuban propaganda paintings to their collections. They are traded on online auction sites or at artwork exchanges.

North Korea prints its posters in smaller sizes and sells them to foreign tourists as a souvenir or uses their design for stamps or postcards. So, they have turned to cultural products.

These days, many people around the world create animated posters. North Korea will continue to produce propaganda paintings, since they represent its political system and national identity. North Korea highly values science and technology. I think the country may unveil new, moving posters soon for the younger generation that responds sensitively to video content.

North Korea is a country of propaganda and agitation. Its propaganda posters cover a wide range of things, from the leader’s message and the party policies to various tasks assigned to the people and the control of their lives.

Containing powerful political messages, the posters permeate deeply into the daily lives of local people. It is little wonder they have a great influence over the general public.