What the Olympics Mean in N. Korea 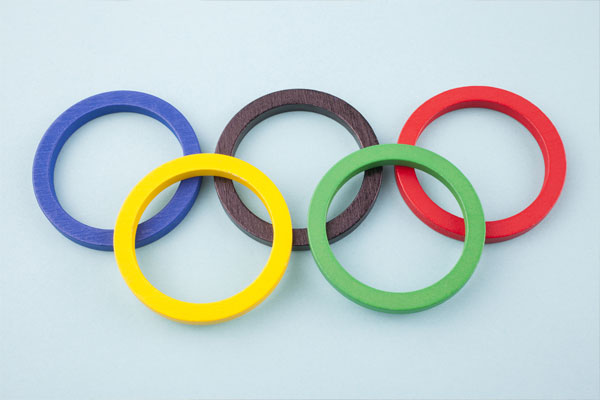 The 2020 Tokyo Olympics that had been postponed for a year due to COVID-19 finally kicked off on July 23. Earlier, North Korea announced that it would not participate in the Olympics, saying that the decision is to protect its athletes from the highly infectious disease. That was disappointing news for South Korea, which had hoped to use the sports event to jumpstart the stalled dialogue with North Korea.

Today, we’ll talk about the meaning of the Olympics in North Korea from Dr. Heo Jeong-pil at the Institute for North Korean Studies Dongguk University.

North Korea uses the Olympics as a means of getting diplomatic approval, promoting its official name, the Democratic People’s Republic of Korea or DPRK, improving its status in the international community, communicating with other countries and promoting peace.

North Korea joined the IOC in 1963 and competed at the 1972 Munich Olympic Games. It was the first time for the country to participate in the Olympics under its official name of DPRK. Ranking 22nd overall at the Munich Olympics, North Korea promoted its name internationally, while praising its sports achievement domestically. It came in 16th overall at the 1992 Barcelona Olympics, 33rd at the 2008 Beijing Olympics and 20th at the 2012 London Games. North Korea has performed better at the Summer Olympics than the Winter Games.

At the Olympics, North Korea has been good at boxing, wrestling, weightlifting, shooting, table tennis, judo and gymnastics. North Korean weightlifter Om Yun-chol (엄윤철) has a world record, and a female North Korea judoka named Kye Sun-hui (계순희) won a gold medal at the 1996 Atlanta Olympics by beating her formidable opponent from Japan. She was only 16 years old at the time.

North Korea did win medals at the Winter Games as well—a silver medal at the 1964 Winter Olympics and a bronze at the 1992 Games. Despite its relatively weak performance in winter games, North Korea showed great interest in figure skating during the Kim Jong-il era. It has hosted the International Figure Skating Festival for the Mt. Baekdu Prize in February every year.

Since its establishment, North Korea has set a goal of becoming a sports powerhouse as one of its main state projects. Current leader Kim Jong-un, in particular, stresses the need to elevate the country’s reputation through sports.

In any country, it is a great honor to be selected for the national team at international sports competitions, especially for the Olympic Games. It is all the more so in North Korea because successful athletes can move up the social ladder.

Athletes are very popular in North Korea because sports provide an opportunity to raise one’s status. Sports prodigies are given full support to be trained as excellent athletes. Teachers in charge of training athletes watch sports events in local regions to select promising players and transfer them to higher-level training institutes. The party, the Ministry of Physical Culture and Sports and sports guidance committees in each city and county cooperate in the process. Swimmers and gymnasts are cultivated from childhood at the state level as the members of the national team. Players of football and volleyball are trained at sports institutions and colleges before being selected for the national team.

South and North Korea had pursued bilateral sports exchanges since the 1960s. But there had been no substantial result due to political issues until 1990, when they held a series of football friendly games—one in Pyongyang and the other in Seoul—for the first time in 45 years since the division of Korea.

In April 1991, South and North Korea formed their first unified sporting team for the World Table Tennis Championships in Chiba, Japan. The female doubles team consisting of Hyun Jung-hwa from South Korea and Li Pun-hui from the North won the gold medal. In June the same year, South and North Korea also fielded a single team for the World Youth Football Championship in Portugal, and the joint team advanced to the quarterfinals.

The two Koreas marched together during the opening ceremony of the 2000 Sydney Summer Olympics. When the joint delegation entered the stadium under the Korean Unification Flag, which is a white flag featuring a blue Korean Peninsula in the center, and Korea’s traditional folk song “Arirang” was played, the Korean athletes and ethnic Koreans overseas were moved to tears and sang along. The touching scene impressed the entire world.

It is highly significant that the unified Korean team contributed to restoring national identity of a divided Korea. Team Korea referred to a unified Korean team, and the two Koreas agreed to play Arirang and use the unification flag for their joint team. The practice has been in place since 1991. They have agreed on many other details, including how to assign roles of managers or coaches for the joint team and how to set the number of players from each side.

Inter-Korean sports exchanges have continued, with North Korea participating in international competitions hosted by South Korea. The two Koreas entered the stadium together at the 2002 Busan Asian Games and the 2003 Daegu Summer Universiade. They repeated this ritual at the 2018 PyeongChang Winter Olympics. Moreover, they created a unified women’s ice hockey team, the first-ever inter-Korean team in Olympic history. At the 2014 Incheon Asian Games, North Korea placed seventh in the medal rankings. Despite the strained inter-Korean relations at the time, a high-level North Korean delegation attended the closing ceremony of the Games, demonstrating the possibility that sports could change cross-border ties.

After the PyeongChang Olympics, North Korea held summit talks with South Korea, the U.S., China and Russia. Through summit meetings with the leaders of the world powers, Kim Jong-un appeared in the international arena as a leader of a normal state. In the process, North Korea chose communication rather than isolation and made efforts to elicit a change in inter-Korean relations through bilateral dialogue. Unfortunately, cross-border exchanges made little progress due to various reasons, including U.N. sanctions against North Korea. Nevertheless, bilateral discussions and agreements helped both sides feel that they needed each other and reminded them of how to develop their ties.

In February 2019, representatives from South and North Korea held talks with the IOC in Lausanne, Switzerland, and agreed to send joint teams to the 2020 Tokyo Olympics in women’s basketball, women’s field hockey, judo and rowing. The agreement was never implemented after all, but it once again showed that sports exchanges could provide important momentum for inter-Korean cooperation. It seems absolutely important to create an atmosphere where the two Koreas can conduct sports exchanges, regardless of political conflict.