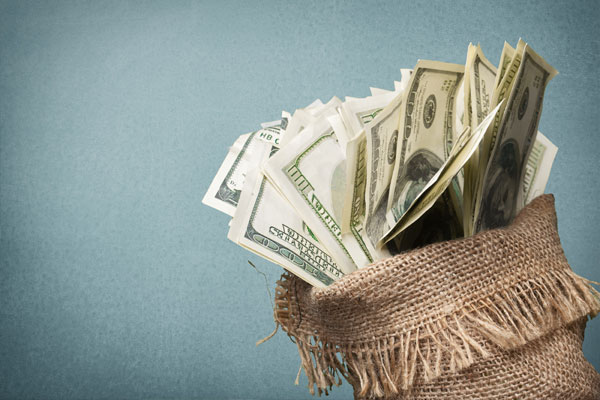 The word, donju, is translated as masters of money, and it refers to a new wealthy class in North Korea. The money masters are scattered around the country. Those living in Pyongyang fritter away hundreds of dollars a day and enjoy lavish lifestyles, like visiting karaoke rooms, bars, restaurants and shooting ranges and even enjoying yachting. Their extravagant lives are simply incomparable to those of ordinary citizens.

In North Korea, rich people who have a lot of money are called donju. This word is now pretty familiar even to South Koreans. It is said that the North Korean economy is controlled by donju, indicating that those people are becoming increasingly influential.

The amount of money that determines donju varies according to regions, due to the difference in living standards. In Pyongyang, people with more than 100-thousand US dollars are regarded as donju. In local provinces, on the other hand, those who only have 5,000 dollars are called donju. 5,000 dollars are about 40 million North Korean won. It is a staggering amount of money since an average North Korean worker earns a monthly salary of 3,000 won. In big cities other than Pyongyang, like Nampo and Pyongsong, those who have at least 10-thousand dollars are seen as donju.

Donju are wealthy people who live in large, deluxe apartments and can afford to buy foreign electronics products and luxury goods.

In the past, rich people in North Korea were mostly those who could receive money from their relatives overseas.

Many ethnic North Koreans in Japan returned to the North in the 1960s. They began to accumulate wealth with money sent from their relatives in Japan. Similarly, beginning in the 1970s, ethnic Koreans in the U.S. sent money to their relatives in North Korea. After China announced the policy of reform and openness in 1978, some people engaged in trade with China to earn money. At the time, they were simply called the rich, not donju. In the 1980s, North Korea began to operate foreign currency shops, giving rise to the demand for dollars. As a result, traders who secretly exchanged money emerged as wealthy people. They did not receive money from abroad but earned money themselves to become rich.

Donju or the rising class of wealthy North Koreans appeared in the 1990s. The rationing system collapsed and state-run shops closed, with local residents going through a harsh period known as Arduous March. Having suffered from a severe food shortage, many North Koreans gathered to exchange daily necessities to naturally form a market. Donju emerged through this unofficial market or jangmadang.

After the extreme economic contraction in the mid-1990s in North Korea, dollar traders from the 1980s turned their eyes to loan-sharking business. Some earned money by operating vehicles to carry goods or by smuggling things. Those people became donju through illegal means. Some others worked at trade companies to become donju. Some high officials joined the donju class by taking bribes. After the mid-1990s, people became donju either through trade activities or through unearned income.

Based on enormous financial resources at their disposal, donju make money by usury and run pawnshops to expand their wealth even further. In fact, it is hard to find official financial institutions in North Korea. Donju take advantage of this situation and act as private financiers.

Why do North Koreans bother to use private financing if they can easily deposit and borrow money at banks? In the North, banks do not lend money to individuals. North Korea claims that it runs a planned economy and a great social welfare system like free education and healthcare, so citizens do not need to get loans from banks.

But since the mid-1990s, many individuals needed money to engage in market activities, and enterprises had to borrow money from the market because the state could not provide them with necessary funds. Against the backdrop, private financing and usury appeared. In the early phase, the monthly interest rate was 20 percent and no collateral was needed for loans. Without collateral, many borrowers did not pay back. Beginning in the 2010s, housing mortgage loans emerged. Housing here means the right to use homes, as houses all belong to the state, in principle. Donju effectively function as banks, involving in a wide range of banking business from loans and deposits to investment and payment for transactions between individuals.

Having earned money at the jangmadang, donju are expanding their business scope. In North Korea, the state used to operate all commercial facilities. Now, donju borrow the names of state enterprises or rent state-owned buildings to run their own business. They are said to have invested in the project of constructing Ryomyong Street and Scientists Street in Pyongyang—the project that was pushed so hard by leader Kim Jong-un.

In the housing market, donju provide capital and materials needed for apartment construction and receive the right of residence in return. They sell the right to local residents to rake in profits.

Donju invest in a wide array of industries, including construction as well as the light and heavy industries, to make great contribution to state finance and the local economy. They do so by playing the role that should have been performed by financial institutions.

North Korea had operated a planned economy. But the country saw the emergence of donju—something that has nothing to do with a planned economy. This new, rich class has grown so significantly that it can control the domestic economy. It’s fair to say that donju hold real economic power now.

North Korea officially approved the market in 2002 and the jangmadang economy has taken root in the country now. Previously, only individuals used the jangmadang. But enterprises have joined the private market now to purchase raw materials, obtain funds and sell their products there. Current leader Kim Jong-un has pushed for reform and openness, though in a limited way, and given greater autonomy to enterprises. I’d say that North Korea is shifting from the traditional planned economy and pursing limited reform and openness. Now, it will be difficult for the communist country to close the jangmadang or the private economy. Accordingly, the number of donju will continue to rise. Not only rich individuals but rich enterprises will also appear. If international sanctions are lifted, foreign firms will actively enter North Korea to prompt the country to open itself. It is possible that the current market economy in North Korea may turn into a Chinese-or Vietnamese-style market economy.

Amid the economic difficulties stemming from COVID-19 and international sanctions, it remains to be seen how donju will influence the North Korean economy down the road.