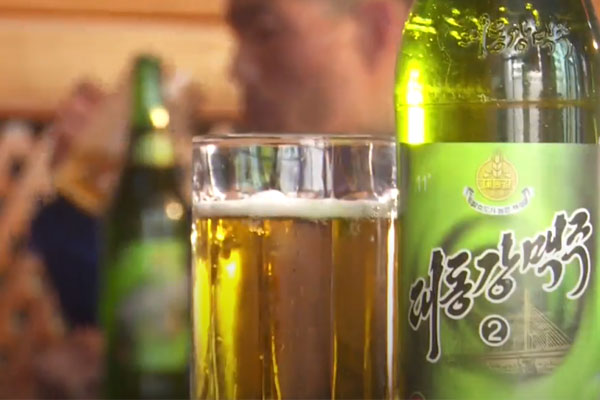 North Korea has promoted locally-produced goods on its state newspaper Rodong Sinmun and TV programs lately. Famous cosmetics brands North Korea is highly proud of include “Spring Scent” manufactured by the Sinuiju Cosmetics Factory and “Milky Way” by the Pyongyang Cosmetics Factory. Beer brands include the country’s flagship Taedonggang, Pyongmaek(평맥) and Baekhak(백학), while the “The Big Dipper” and “First Snow” are famous cookie and candy brands. “Pine tree” is a popular bag brand, and “Maebongsan”(매봉산) is a shoe brand. Sanitary pads are available under the brand name of “Garden Balsam.” Various brand names like these show that North Korea is changing.

A trademark is a registered brand name that businesses mark in order to distinguish their products from others. In the mass production system, the trademark of a certain product represents its identity, attractiveness and authority. So, what do trademarks mean in North Korea? Let’s hear from researcher Kim.

While in college in North Korea, I attended class to learn capitalistic politics and economy. At the time, the professor taught about the corrupt nature of capitalism. In a capitalistic society, if company A’s product sells well, company B and company C make the same product. After the intense competition among the companies, one company eventually dominates or monopolizes the market, while the others go bankrupt. In North Korea, on the other hand, there is no competition whatsoever, so there is no company that goes out of business. That’s what I learned in college.

Since there is no competition among enterprises, they don’t need trademarks that distinguish their products from others.

But trademarks have appeared in North Korea, reflecting that the communist state has introduced some elements of capitalism. It’s no exaggeration to say that the appearance of trademarks in the North indicates a shift from a planned economy to a market economy.

North Korea enacted the Trademark Law at the regular meeting of the Supreme People’s Assembly in 1998. Under the law, a trademark is defined as any letter, drawing, figure, sign, color, three-dimensional form or the combination of thereof that can distinguish goods or services produced by one enterprise from those of other companies.

North Korea underwent the harsh “Arduous March” period in the 1990s, when industrial capacity use fell drastically due to a shortage of electricity, funds and raw materials. As local factories could not produce enough goods, Chinese products circulated in the market, making it all the more necessary to introduce a trademark law. At the time, North Korea held international product exhibitions in foreign countries such as Colombia and the Netherlands and displayed its goods there. The purpose, of course, was to export its products. As part of efforts to promote its local brands among foreign buyers and increase trade, North Korea enacted the Trademark Law.

North Korea’s Trademark Law stipulates details about signs that cannot be registered as trademark as well as the assignment and use of registered trademarks. Researcher Kim explains why this part is considered rather unusual.

Under Article 21 of the Trademark Law, signs or indications filed by the applicant from a country or region which is inimical to North Korea cannot be registered as trademark.

That is, businesspeople from countries in hostile relations with North Korea cannot register a trademark when doing business in the North. The North Korean law also states that institutions, enterprises, organizations or citizens that have no due entitlement cannot be the assignee or licensee of registered trademarks. This shows that enterprises in North Korea are owned by the state, even though they have been given greater autonomy. These parts are clearly different from trademark laws in capitalistic economies.

North Korea has highlighted the importance of trademarks since current leader Kim Jong-un came to power. In January 2020, the Rodong Sinmun newspaper stressed leader Kim Jong-un’s instruction to develop trademarks. He was quoted as saying that a trademark is the face of a product and the product can shine only when the trademark meets the needs of the times and appeals to the people. It is said that the shoe brand “Maebongsan” produced at a factory in Wonsan was named by the leader himself.

One of Kim Jong-un’s economic policies is the “socialist corporate responsible management system,” which is designed to strengthen enterprises’ autonomy. Under the system, enterprises are allowed to produce anything they want, not just the products designated by the state. Since the introduction of the system, enterprises have engaged in a sales competition. Speaking of cosmetics, for example, North Korean residents were simply provided with cosmetics by the state in the past, regardless of their preference. But these days, they can choose what they want, whether it is “Spring Scent” brand or the “Milky Way” brand. So it is essential for producers to create their own brand and promote it. I’d say that competition among enterprises gave rise to trademarks in North Korea.

According to the World Intellectual Property Organization in January this year, North Korea registered seven trademarks, including the trademark of Masikryong Hotel, with the Geneva-based U.N. agency last year. The country has shown keen interest in trademarks.

North Korea listed 43 trademarks at the World Intellectual Property Organization from 1998 to 2015. The number began to shoot up from 2016. That’s after Kim Jong-un took power. From 2016 to 2020, the number reached 40, meaning that North Korea registered as many trademarks over the last five years as during the previous 17 years. In the past, North Korea’s export volume was insignificant. Before the 1990s, in particular, trademarks were not really important because the country bartered with socialist states. After the collapse of the Soviet Union and socialist states in Eastern Europe, North Korea felt the need to trade with capitalistic countries and other socialist nations. It established the Trademark Law and began to register trademarks in earnest. Current leader Kim Jong-un has placed great emphasis on trade to revive the domestic economy. The country has been pushing to register trademarks with the WIPO in an apparent bid to develop export items and explore export markets. I guess North Korea will register even more trademarks of its own brands down the road.

It seems necessary for South and North Korea to cooperate in the area of trademarks, patents and intellectual property rights, at least for cross-border economic exchanges.