How N. Korea Deals with Waste 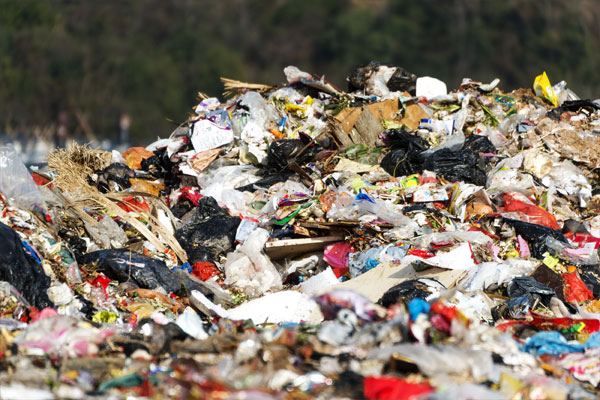 Environmental issues have become more important than ever before, with the ever-increasing amount of trash giving the entire world a big headache. In South Korea, local governments are staging various programs and campaigns to reduce waste. Today, we’ll learn about how North Korea deals with the country’s waste from Professor Jeong Eun Chan at the National Institute for Unification Education.

While South Korea uses gas, most local regions in North Korea depend on coal or coal briquettes. Brown coal is used in North Hamgyong Province. Coal briquette ash and coal cinders are included in waste.

In South Korea, the concept of separating the recyclables from the garbage appeared in the early 1990s and the volume-based waste disposal system went into effect in 1995. Public awareness of waste recycling has since grown in the country, and the separated waste is kept clean on the whole. How do North Korean people dispose of trash?

In North Korea, neighborhood units called inminban in each region separate waste or recycle it at a public dumpsite. As the smallest neighborhood watch program, one inminban consists of 20 to 30 households. In general, ten inminban units or 300 households use a single public dumpsite. They’re supposed to pay for cargo trucks and gasoline. That means each household shares the cost of trash disposal, in a similar way to waste disposal in South Korea.

The COVID-19 pandemic has increased the so-called “contactless” consumption significantly, with the amount of delivery goods shooting up. As a result, single-use plastic containers and other types of plastic waste are piling up, causing another problem. We can’t help but wonder if North Koreans also use a lot of disposable items.

Waste from disposable products can be found in North Korea, too. But single-use items in the North are not as diverse as those in South Korea and packaging is also simpler. When ordering food in the North, some people bring their own dishes to restaurants and take food home, while some restaurants deliver food to customers and later take back their dishes. In local regions, eggs are mostly wrapped in straw. While plastic bags and containers are found in big cities, many consumers use bags made of cloth or natural material.

North Korea has long suffered from a shortage of raw materials, due to strong and continuing international sanctions. Worse yet, the pandemic forced North Korea to shut down its borders, making raw materials even scarcer in the country.

The Supreme People’s Assembly adopted a law concerning recycling in April last year, in an effort to tackle economic difficulties through self-reliance. Accordingly, the country has been carrying out an intensive recycling program.

Recycling in North Korea means collecting and reusing waste. China accounts for 95 percent of North Korea’s foreign trade. But bilateral border trade has been blocked, making it impossible for North Korea to import raw materials from China. To produce goods locally and increase production using recyclable resources, North Korea adopted the law on recycling. The country mobilizes all recyclables available, including paper, scrap metal, plastic waste, glass and even shoe soles. After the enactment of the recycling law, North Korea created a recycling department within the Ministry of Light Industry and invested considerable resources in research of recycling-related technology. North Korea is said to push for a project of recycling urban waste in Pyongyang.

The problem is how to procure waste for recycling. Since the recycling law came into effect in North Korea, local residents have had to collect waste to meet their quotas.

Households, workplaces and schools have to meet their waste collection quotas. They should fulfill their task even by picking up trash on the streets. But that may still not be enough. So, a new service has recently appeared. If a person pays certain fees, the service submits waste in place of the person. North Korea also operates stores that purchase waste, including empty bottles, or exchange waste with daily necessities. In doing so, the country encourages the people to actively participate in the recycling program.

For the recycling project in North Korea, the Environment Research Institution at the State Academy of Sciences, the Chemistry Department at Kim Il Sung University, the Heat Engineering Faculty at Kim Chaek University of Technology and the Ministry of Light Industry have been developing new waste processing technology. Lately, the country set up science and technology distribution centers in each unit to develop recycling technology on their own.

North Korean media outlets have introduced successful recycling examples based on creative ideas in order to promote the recycling law.

North Korea uses waste industrial oil to produce paint and makes hats from recycled cloth. It also produces protein using waste water generated in the process of reeling silk from cocoons. The country uses various methods to turn industrial waste into useful resources. For example, part of a toothpaste dispenser can be separated to make a new toothpaste tube, while by-products from machine factories can be used to produce paving blocks.

But North Korea still has to import some raw materials, which cannot be replaced with recycled resources. In this sense, the country’s recycling project has limitations. It tries to use recycling as a means of developing the economy but the impact is insignificant.

North Korea carries out the recycling campaign for the purpose of economic and industrial development, rather than in light of environmental protection. Clearly, there are limitations for the country to find a comprehensive solution to the shortage of raw materials simply through recycling.