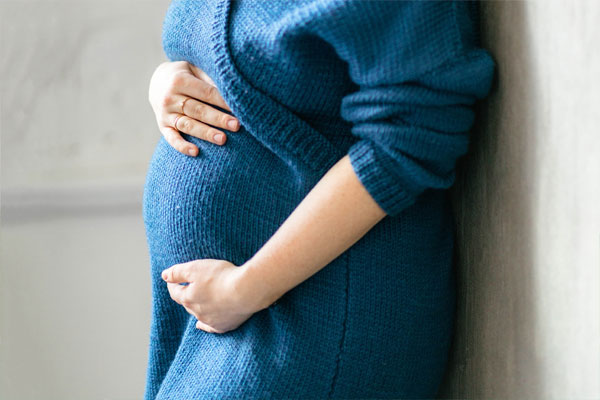 According to the latest report by the U.N. Population Fund, North Korea’s total fertility rate per woman stood at 1.9 in 2021, coming in 119th among 198 countries. The fertility rate refers to the average number of children each woman is expected to have during her lifetime. The figure 1.9 is higher than South Korea’s 1.1 but is still far lower than the global average of 2.4.

It seems North Korea’s low birthrate is as serious as South Korea’s.

Like South Korea, pregnancy and childbirth is considered a great blessing in North Korea. However, young women in North Korea have become increasingly reluctant to have children these days.

North Korea employed policies to encourage childbirth in the 1950s and 60s, after many people died during the Korean War in the early 1950s. As a result, the country’s birthrate rose significantly. During the era of industrialization in the 1970s, North Korea badly needed female labor. To mobilize women workers, the country adopted birth control policies, saying that two to three children are enough in one family. In the 1980s, the authorities even allowed women to abort their pregnancy. When the nation suffered from extreme economic difficulties in the mid-1990s, the state rationing system broke down and many women became the family breadwinner. In the harsh reality, they couldn’t think of childbirth or childcare. The trend of avoiding childbirth spread throughout society.

Beginning in the 2000s, a low birthrate and a population decrease emerged as a serious social problem in North Korea. That’s because the declining population would lead to a shrinking workforce in the country where many industries are labor-intensive and labor shortages would then result in falling growth rates. The population decrease would also cause a problem in military mobilization. North Korean authorities began to introduce various policies to promote childbirth.

Under the fertility promotion policies, pregnant women receive a free medical checkup once a month, and once a week when their childbirth is approaching. They don’t have to work overnight at night. Interestingly, mothers who have triplets are provided with various benefits. They are given the title of “maternal heroine.” Triplet boys, when they were born, have been given an ornate silver knife as a gift and triplet girls, a silver ring. This tradition has been practiced since the years of former leader Kim Il-sung, who said that many triplets are interpreted as an auspicious sign of national prosperity. Mothers of seven or more children are also granted the title of “maternal heroine.” Since 2007, mothers who gave birth to a second child have been provided with additional food for six months.

Generally speaking, when women are pregnant, they choose a maternity clinic and get examinations on a regular basis. They give birth to a baby at that clinic, unless they are in an emergency situation. How about pregnant women in North Korea?

The Pyongyang Maternity Clinic is North Korea’s central hospital related to obstetrics. Provinces, cities, counties and districts have their own hospitals, in which a maternity clinic is established. Pregnant women in the North are supposed to go to the maternity clinic in their region, unlike South Korean women who choose the clinic they want. When they have difficulty in delivery or other major problems occur, they are transferred to the central hospital. But in principle, pregnant women receive prenatal diagnosis and examinations, and give birth at a local maternity clinic in their region. In farming villages in rural areas, some women deliver a child at home.

In South Korea, many mothers choose to go to a postnatal care center to recover from childbirth. In the 1960s, women mostly rested at home after giving birth. Afterwards, more and more women stayed at their mother’s home for postnatal care. It was in the mid-1990s when private postpartum centers began to appear. These days, 70 to 80 percent of mothers who have just delivered their babies use such centers, which have become so common that mothers even make friends there. Professor Jeong tells us about how North Korean mothers get postnatal care.

Unlike South Korea, there aren’t many postnatal care centers in North Korea. I imagine similar private centers have been created in the North lately. But in general, mothers stay at inpatient wards at maternity clinics for one or two weeks after giving birth and then go home to take care of their health.

Taboos and beliefs during pregnancy and around childbirth are found in some cultures. In South Korean tradition, for example, mothers who have just given birth should not expose themselves to a cold breeze even in hot summer, while it is common to see mothers in Western countries take a cold shower right after delivering a baby. In South Korea, mothers typically consume hot seaweed soup to work up a sweat and avoid cold food. What about North Korean mothers?

In the North, some pregnant women try to see something beautiful for prenatal education. During pregnancy, eating chicken or cutting off long hair is considered taboo. But the younger generation doesn’t really care about the tradition.

After childbirth, North Korean mothers also eat seaweed soup, as seaweed contains a great deal of iodine, which is believed to help clean blood and increase blood levels in the body of the mothers who bled a lot during delivery. They also consume honey to keep their body warm and eat boiled pig’s feet to increase milk production during lactation. The placenta is usually dealt with by clinics after childbirth, but some mothers obtain it somehow and eat it. These are some of the examples North Korean mothers eat to keep their body warm after childbirth.

In February, a pro-North Korean propaganda outlet called the “Echo of Unification” reported that North Korean women workers get 240 days of maternity leave—60 days before and 180 days after giving birth.

During the period, they receive prenatal and postnatal subsidies equivalent to 100 percent of their basic living expenses, regardless of how long they have worked.

In South Korea, some fathers take paternity leave. But there is no such system in the North. Also, paid maternity leave in North Korea is actually ineffective, as workers haven’t been able to receive their monthly pay properly due to the nation’s economic difficulties.

No doubt, giving birth to a baby is a blessing. Unfortunately, both South and North Korea are faced with an extremely low birthrate. We hope the two Koreas will be able to work together in the near future to find a solution to this social problem.