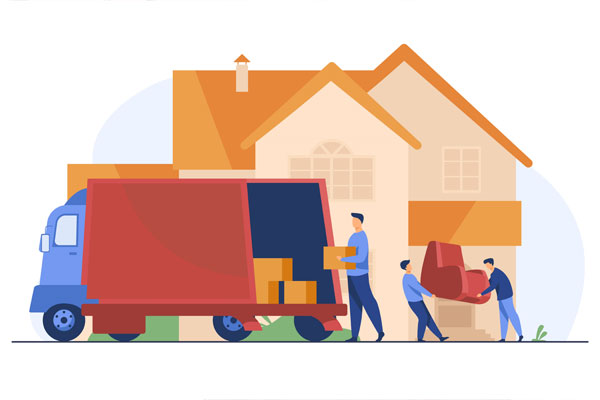 When I was 17 years old, I left my hometown and began to live in a dorm. Until then, I never saw anyone in my village move to another place. After arriving in South Korea, I found that citizens moved quite often, as I frequently saw a ladder truck moving materials up and down at apartment complexes.

Before the severe economic difficulties in the 1990s in North Korea, local people mostly lived in a house where they had been born and died there. That is, very few people moved. My father initially lived in Pyongyang. But after graduating from college, he was assigned to a post in North Hamgyong Province and he lived there until he died. So he moved only once during his life. When I got married, I moved to my husband’s house. Afterwards, I never moved in the North until I came to South Korea.

According to Kim Young Hui, senior researcher from the Korean Peninsula New Economy Center at the Korea Development Bank, North Korean people rarely move. A 2019 report about residential conditions in South Korea shows that citizens live in a house for 7.7 years on average. That means South Korean people move every seven or eight years.

According to North Korea’s Housing Act, houses are provided by the state. In principle, the head of a household or householder is supposed to receive a home from his workplace or company. The state provides the company with funds and land needed for building homes. Not every householder is given a home, though, due to the shortage of housing. In some cases, three generations of the family live together in one house. North Koreans do not have freedom of movement, as they can move only when they are assigned a new residence. In other words, they aren’t allowed to move to a different province freely.

When children grow, parents need a bigger house. In preparation for that, they save money and take out loans, if necessary.

In North Korea, it is impossible, in principle, to get or move to a bigger house for individual purposes. Even if a man is provided with a house, it doesn’t mean he owns the house.

In North Korea, houses are owned by the state, not individuals. People do not have ownership of a house but do have the right to use it permanently. After people die in a house, their children live in that house and then their grandchildren inherit it. But they do not have the right to sell it.

Home sizes vary. Once a person is given a 56-square-meter house, for example, he or she must reside in it. It’s not easy to move to a bigger one.

Since the mid-1990s, however, the right the use the house has been traded, although it is illegal. Things are different how. You can get any house, regardless of the size, as long as you have money. But in principle, that’s still illegal.

Things may differ, depending on individuals. But people in urban areas opt for apartments, while those in farming villages favor a multi-storied, detached house. Sometimes, North Korean homes only have a basic structure without interior decoration. In that case, residents do plastering work and build a sink in the kitchen themselves. High-rise apartments in Pyongyang boast stylish interior design, but that’s not the case with homes in local provinces.

When choosing floors in South Korean apartments, many people believe the higher, the better. In the North, in contrast, the lower, the better. But the first floor is not considered good because of the risk of theft. High floors are also avoided because residents have to walk up many flights of stairs during a power outage in the building. So, the second or third floors are the best. Of course, the floors are decided by the authorities. Some bribe officials in charge in order to secure the floor they want. After a certain apartment unit is decided for people, they receive a certificate to use it and then move there.

In South Korea, it is common to find a house through real estate agents and sign a contract before moving into the new home. When moving, people use moving companies. Speaking of moving services, various options are available. Some simply carry things, while full-service movers supply everything that your move needs, from packing up your belongings and transporting them to unpacking them. How about moving services in North Korea?

Until the 1980s, North Korean people seldom moved. When a man was allowed to move to a different place for some reasons like promotion, a vehicle provided by his company transported his stuff to the new place and neighbors helped him move things. After the economic hardships in the mid-1990s, people became significantly less generous. They thought they should get paid when moving things for others. The entire moving process required money. Moving trucks emerged. Along with the new market, a labor market was also created to provide workers who would load and unload things.

After moving into a new place in South Korea, people notify the community office of their new address or report the transference using the Internet. Some invite their friends and acquaintances to a housewarming party. These days, people get food delivered to their homes or use a catering service rather than cooking at home. Guests who are invited to the party typically give the host toilet paper or laundry detergent as a gift. We can’t help but wonder if North Korean people also throw a housewarming party after moving to new homes.

When moving in North Korea, people visit the head of a neighborhood unit called inminban in the area they’re moving to and inform the head of their moving plans in advance. On moving day, the inminban head and neighbors come out to greet the new residents. Of course, they must complete the residential registration process. As North Korean people live in a close-knit community, they must communicate with neighbors, whether they like it or not.

After moving, people make rice cake or dumplings for a housewarming party. Rice cake is a specialty that is consumed on special occasions like traditional holidays. Some of those who are invited to the party present a match to the host, as matches have traditionally been believed to expel evil spirits. These days, guests purchase other stuff, including dishes, at the market.

In North Korea, where movement is restricted, people cannot change their residential place freely. As the times change, however, culture associated with moving seems to be changing as well.