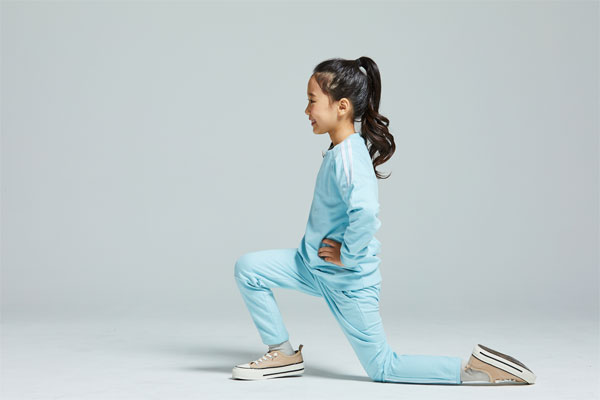 In modern society, many are envious of tall people. Many parents are searching for food and exercises that are believed to help their children grow taller. Their desire has even created a market for nutrition supplements for growth and growth hormone injections.

In North Korea, it is said that a “height-growth” campaign has been staged nationwide. Today, we’ll talk more about this story with Dr. Heo Jeong-pil at the Institute for North Korean Studies Dongguk University.

In North Korea, people prefer taller men and women, although they do not say so explicitly. North Korean media reports, food, and products indirectly tell us that North Koreans are greatly interested in their height and make great efforts to grow taller.

The country recommends stretching and jumping exercises as well as basketball and volleyball for those hoping to increase their height. The first page of physical education textbooks in schools states that one must do physical activities to get taller. North Korean schools organize exercise classes solely for that purpose—a scene not found in South Korea. It shows that North Korean schools put quite a bit of emphasis on height growth.

After former leader Kim Il-sung died in 1994, North Korea underwent an extremely difficult period known as the “Arduous March” from 1995 to 1998. The severe food shortages at the time caused local people to remain undersized and smaller in stature, compared to people in other countries.

North Korea has stressed the importance of height growth through instructions of its top leaders. Former leader Kim Jong-il underlined the height-increasing campaign through the introduction of the physical culture and sports law in 1997. Article 32 of the law stipulates that research on physical education for the public should promote people’s health and help teenagers grow taller and develop a balanced body.

The height-increasing movement also existed during the years of Kim Il-sung. The key of the movement was to get all the people well prepared for labor and national defense through physical training. Physical education was a crucial subject in school so students could increase their height and develop their body in a balanced way.

The height-growth campaign during the Kim Il-sung era was associated with state security, while the same campaign in the following Kim Jong-il era was more about regime integration and governance. During the years of Kim Jong-il, basketball and other indoor activities like jumping exercises were recommended to further promote the campaign.

Surveys about North Korean defectors who have resettled in South Korea found that North Korean people have grown taller. The Korea Disease Control and Prevention Agency conducted a survey on 8,000 North Korean newcomers over the age of 19 between 2005 and 2008. According to the survey, the average height of men and women was 165.4 cm and 154.2 cm, respectively. A 2014 report by the Korea Hana Foundation shows that the average height of men and women aged over 15 increased to 167.3 cm and 155.8 cm, respectively.

In 2015, leader Kim Jong-un instructed his people build a physically strong country based on the revolutionary spirit of Baekdu and open a new golden age. From 2012 to 2015, North Korea built many gyms and cultural facilities so local residents could do exercises in a better environment. It released a research paper, indicating that basketball, the standing long jump and jumping exercises are helpful for increasing height. On March 31, 2019, the official Rodong Sinmun newspaper said that doing exercises about two hours after dinner would help produce more growth hormone than in normal times and would also be good for physical development.

In August 2019, a North Korean propaganda outlet carried an article about the development of a hat and a headband that promote height growth. It claimed that infrared radiation and anions emitted from the hat help the wearer grow taller. It seems North Korea will conduct more extensive research on height growth down the road.

After Kim Jong-un came to power, North Korea expanded its compulsory education from 11 years to 12, reflecting that the leader is interested in and committed to training young students. As a result, schools have stressed the importance of proper growth of students. Schools in North Korea, just like those in other countries, keep a record on students’ development. They measure the heights of students, let them do exercises and check how many centimeters they gained in height. This shows that the schools keep watching whether and how children grow. I guess North Korea will continue to carry out scientific research on this subject.

The country shares borders with China and Russia. I imagine North Koreans may feel stress from being smaller and shorter than their Chinese or Russian counterparts.

They will probably make constant efforts to increase their height. If the top leader continues to show interest in this matter, North Korean people will improve their physique to some extent.

To increase height, it is crucial that people eat a balanced diet and get all the nutrients their body needs.

According to the 2021 edition of the joint research by the U.N. Children’s Fund, the World Health Organization and the Word Bank on the estimates of malnutrition among children, 317,800 North Korean children under the age of 5 suffered from stunted growth in 2020, with the child stunting rate reaching 18.2 percent. The situation improved from 2012, when the figure was 26.1 percent. But it still falls below international standards. The report points out that stunted growth resulting from poor nutrition may negatively affect height growth and brain development as well. It seems proper nutrition should come first in North Korea’s height-growth campaign.