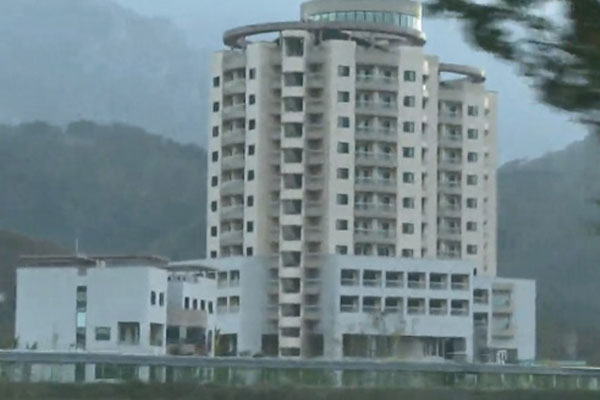 The South Korean Unification Ministry on Tuesday announced that it received a reply from the North, which argued that there is no need to hold an in-person meeting on the matter.

The ministry explained that Pyongyang insisted on discussing the issue by exchanging documents rather than holding in-person talks.

Seoul on Monday had proposed talks with Pyongyang after North Korean leader Kim Jong-un instructed his officials to remove all South Korean facilities at the resort.

Located at scenic Mount Geumgang on North Korea's eastern coast, the resort was once a popular tourist destination for South Koreans until 2008 when a tourist from the South was fatally shot after entering an off-limits military area adjacent to the resort.

At the meeting, Kim said the government and the involved parties should share information and gather wisdom to jointly seek a resolution as they face a grave situation.

Hyundai Asan dismissed Pyongyang's offer to discuss the matter in writing, adding it would have to visit the resort before deciding on the removal of facilities.