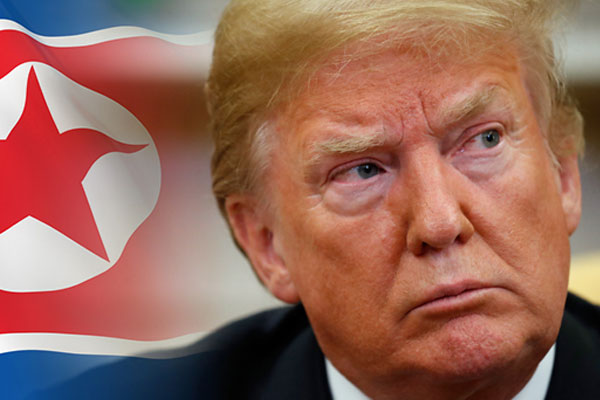 The news agency gave said the academy reported the "successful result" of the test to the Central Committee of the ruling Workers' Party, adding the outcome is expected to play a key role in changing the North's "strategic position" in the near future.

Recent commercial satellite imagery had shown new activity at the testing site, and considering the latest announcement, analysts believe the North could have successfully tested a new engine for a satellite launcher or an intercontinental ballistic missileICBM).

During an inter-Korean summit in Pyongyang last September, North Korean leader Kim Jong- promised to dismantle the facility as part of a self-enforced moratorium on ICBM and nuclear tests.

On Saturday, the North's UN ambassador said was off the table. The next day, Pyongyang announced it had conducted a test. Hours later, Trump warned the North Korean leader could "lose everything" if he acts in a hostile manner.

Trump tweeted that Kim Jong- is "too smart and has far too much to lose," adding that the North has "tremendous economic potential" but must denuclearize as it had promised.

He also wrote that Kim does not want to void their special relationship or interfere with the U.S. election in November.

While Trump sent out that message to Pyongyang, his top security adviser Robert O'Brien left the door open for diplomacy, telling CBS on Sunday that the U.S. hopes for the North to fulfill the pledges it made in Singapore.

Then on Thursday the UN Security Council held a meeting where Washington cautioned Pyongyang against reversing its commitment to denuclearization.

Beijing and Moscow, however, argued that the UN sanctions must be eased first to prevent future provocations from the North.

"Let me be clear: The United States and the Security Council have a goal - not a deadline."

The 15-member UN Security CouncilUNSC) held talks Wednesday amid concerns that North Korea could resume nuclear or long-range rocket tests amid the current deadlock in dialogue.

During the meeting requested by Washington, U.S. Ambassador to the UN Kelly Craft urged North Korea not to reverse agreements made at the Singapore summit last year.

"We hope that we ourselves at an inflection point in the near future... " "We have not asked North Korea to do everything before we do anything. The United States is prepared to be flexible in how we approach this manner, and we recognize the need for a balanced agreement and parallel actions that address the concerns of all the parties... "

With the American diplomat acknowledging the need for parallel actions in the denuclearization process, China’s UN envoy Zhang Jun argued that it's time to ease sanctions on North Korea.

"Sanctions are only a means to an end, not an end in themselves… "

"It is imperative that this council take action and invoke reversible provisions in DPRK-related resolutions as soon as possible in light of the evolving situation on the peninsula and make necessary adjustments to the sanctions, measures prescribed in those resolutions, especially in areas where the DPRK people's livelihoods are at stake."

Following the collapse of the second US-North Korea summit in February, North Korean leader Kim Jong- pressed Washington to soften its position by the end of this year. With that deadline fast approaching, North Korea's ambassador to the UN declared last week that nuclear talks with the U.S. over.

During the council session, South Korea's UN Ambassador Cho Hyun called for patience to maintain the hard-won momentum for dialogue.

"... legacy of 70 years of war and hostility on the Korean Peninsula cannot be overcome in a single day. We will need to pursue this delicate path of dialogue with perseverance and focus and every effort should be made to keep the momentum for this process going."

In a last ditch effort to find a breakthrough, Special Representative for North Korea Stephen Biegun is expected to visit the northern side of the truce village of Panmunjeom next week and meet with his North Korean counterpart.