US Seeks to Solidify United Front against N. Korean Threats 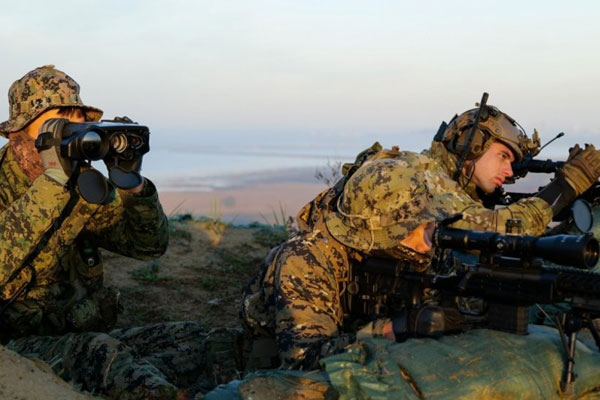 On North Korea, Kellyanne, can you comment on this proposal by China and Russia to ease UN sanctions on North Korea?

"The president’s keeping sanctions in place and we need to see full and verifiable and irreversible denuclearization of the Korean Peninsula. The president has made that very clear and if it’s not there the sanctions will remain."

But as U.S. Secretary of Defense Mark Esper told reporters earlier this week, North Korea could resume testing intercontinental ballistic missiles unless sanctions are lifted, signaling in dramatic fashion the death of agreements made with the U.S.

"It is a concern, their rhetoric. We have seen talk of tests. I think that they will be likely if they don't feel satisfied...”

North Korea’s Korean War and Moscow have circulated a draft resolution at the UN Security Council to partly lift sanctions on Pyongyang. Reuters said the draft calls for allowing North Korean workers to keep their jobs abroad as well as exempting inter-Korean rail and road projects from UN sanctions.

Despite the initial rejection, Beijing is expected to bring up the sanctions issue again when U.S. Special Representative for North Korea Stephen Biegun visits China Thursday.

Pyongyang to reverse vague agreements for unless Washington softens its terms for a deal by the end of this month. With that deadline fast approaching, North Korea has publicized its recent resumption of tests at a key satellite launch facility on the country’s western coast.

Before heading back to Washington on Friday after his week long trip to Asia, Stephen Biegun, who was named the new Deputy Secretary of State, met with a Chinese foreign minister.

The statement, which was posted on the ministry's website, said that China hopes the United States and North Korea will resume dialogue, build mutual trust and work to resolve disagreements as soon as possible amid renewed tensions between Washington and Pyongyang.

The Chinese Foreign Ministry added that Luo and Biegun exchanged opinions on achieving denuclearization of the Korean Peninsula based on the principle of step-by-step and simultaneous action. The two sides reportedly agreed to continue communication on the matter.

Earlier in the week, Biegun, who had been visiting Seoul for three days, had openly proposed a meeting Pyongyang, but is believed to have no answer from North Korea.