N. Korea Says 'No Intention' to Talk with S. Korea 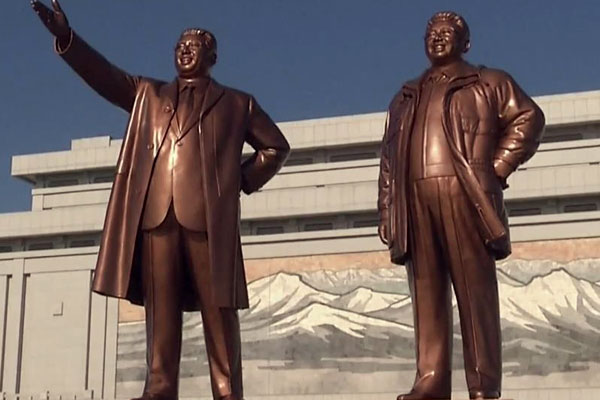 North Korea said on Friday that it has no intention to talk with South Korea again, criticizing President Moon Jae-in's speech on Liberation Day.

According to the North's official Korean Central News Agency(KCNA), the spokesperson of the North's Committee for the Peaceful Reunification of the Country issued a statement dismissing Moon's speech as futile, rhetorical and thoughtless.

The statement said that it would be an illusion for Seoul to expect talks to automatically resume when their joint military exercise with the U.S. ends.

It added North Korea not only has nothing to discuss with South Korean authorities but that it has no intention to sit face to face with them again.

The spokesperson also criticized the U.S.-South Korea joint drills and Seoul's mid-term defense plan, claiming they are all aimed at destroying North Korea.

Pyongyang then blamed the South Korean president for the deadlock in inter-Korean talks and the delay in implementing the historic Panmunjeom Declaration.

In another show of defiance toward the South, North Korea fired two unidentified projectiles into the East Sea on Friday morning in an apparent show of protest against a joint military exercise between South Korea and the U.S.

South Korea’s Joint Chiefs of Staff(JCS) said the projectiles were fired toward the East Sea from an area in Tongchon in Gangwon Province.

The JCS said the South Korean military is monitoring the situation in case of additional launches and maintaining a readiness posture.

Intelligence authorities of South Korea and the U.S. are reportedly analyzing details of the projectiles including their type, flight range and maximum altitude.

The North's latest firing comes six days after it fired two projectiles from an area in northeastern Hamheung into the East Sea.