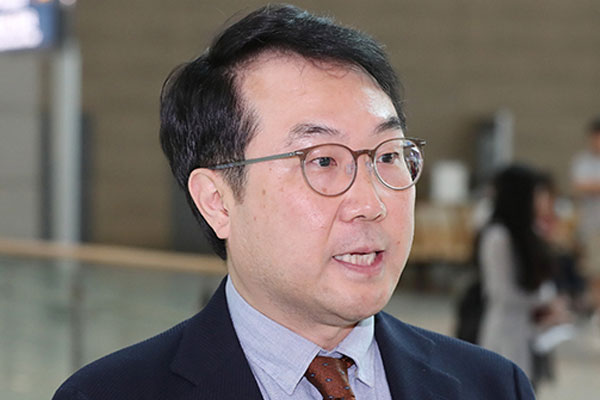 Choe, one of the North's top negotiators with the U.S., also said Pyongyang expects Washington to come forth with a proposal fulfilling the interests of both sides and based on a "new calculation method" acceptable to the North Korean side.

Stating the U.S. has had enough time to come up with a new plan based on a “new calculation method” as mentioned by North Korean leader Kim Jong- during a speech in April, Choe warned that if Washington returns to its old ways, all dealings between the two sides may come to an end.

U.S. President Donald Trump quickly responded by saying "having meetings is a good thing," and that he will see what happens moving forward.

Speaking to reporters at the White House on Monday, Trump insisted he maintains a good relationship with Kim, highlighting that the North has refrained from conducting nuclear tests and returned the remains of U.S. soldiers from the Korean War.

While Pyongyang hasn't specified what it meant by a new calculation method, its recent protests against the Seoul-Washington joint military exercise suggest it may seek various security guarantees from Washington in exchange for taking steps toward denuclearization.

Since Trump and Kim agreed to resume negotiations when they met at the inter-Korean border on June 30, the U.S. has consistently urged the North to return to talks despite Pyongyang’s repeated tests of short-range ballistic missiles in violation of United Nations Security Council resolutions.

Lee reportedly plans to meet Biegun in Washington next week before heading to New York to attend the UN General Assembly.