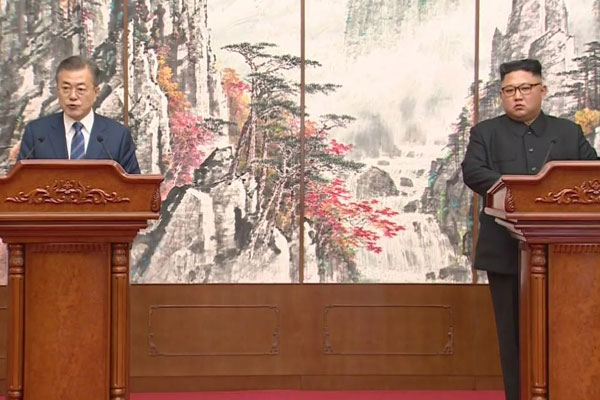 North Korea continues to remain silent about a prospective visit to South Korea by leader Kim Jong-un. If the visit is to take place before the end of the year, as the South Korean government hopes, there may only be a matter of days left to confirm a date and make arrangements.

It was at September's inter-Korean summit in Pyongyang about three months ago when leaders of the two Koreas first held out the possibility of meeting again in Seoul.

Now, in December, with just a few weeks remaining in the year, the South still hasn't heard any confirmation date from the North.  That's according to Unification Minister Cho Myoung-gyon, who told lawmakers Friday the South and North have been in talks to try to make the visit happen.

It takes about ten days to prepare for secret service- and protocol-related procedures, and that's why experts believes the South needs to hear from the North at least by early next week.

Experts said nuclear negotiations between Washington and Pyongyang may lose momentum if Kim does not visit Seoul.

North Korea's economy contracted by three-point-five percent last year, and Kim wants to see removal of at least some economic sanctions on his country. It remains  unclear, however, if a Kim visit to Seoul would help on that point.

During his recent meeting with Moon, U.S. President Donald Trump raised hope, asking the South Korean president to deliver his message to Kim if he comes to Seoul this year.

But even while arranging his second summit with Kim early next year, Trump remains adamant that sanctions will remain until denuclearization.

The top office on Saturday confirmed that Seoul and Pyongyang have still not agreed on dates for Kim’s visit, denying a media report that he may come next week.

Yoon Young-chan, Moon’s chief press secretary said, "for now, we have not received any messages from the North."