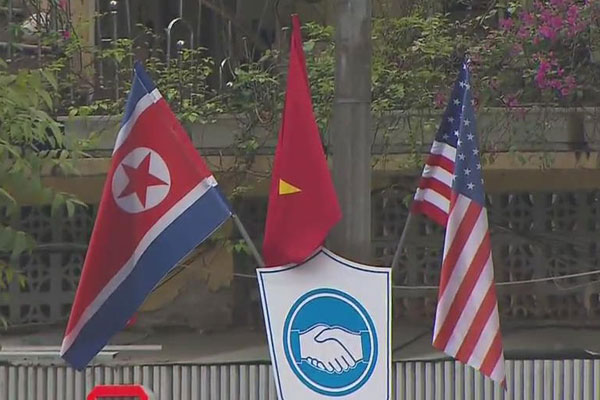 Presidential Spokesman Kim Eui-kyeom said that Moon spoke on the phone with Trump on Tuesday night ahead of the upcoming U.S.-North Korea summit in Hanoi next week.

Moon told Trump that Seoul is ready to step up its efforts, making a special reference to the pending inter-Korean project of linking severed inter-Korean roads and railways. During the 35-minute conversation, Moon said resuming inter-Korean projects, which have been banned under the U.S.-led UN sanctions on the North Korean regime, can potentially reduce the burden on the U.S.

The South Korean president said he hopes the summit would serve as a turning point in the denuclearization of North Korea and lead to permanent peace on the Korean Peninsula.

Trump said he expects “great progress” from the summit and updated Moon on the current negotiations between Washington and Pyongyang. The American president also noted that he would like to hold a meeting with Moon after the summit.

The presidential office in Seoul said that Moon and Trump have no further plans to hold telephone discussions before the second Washington-Pyongyang summit.