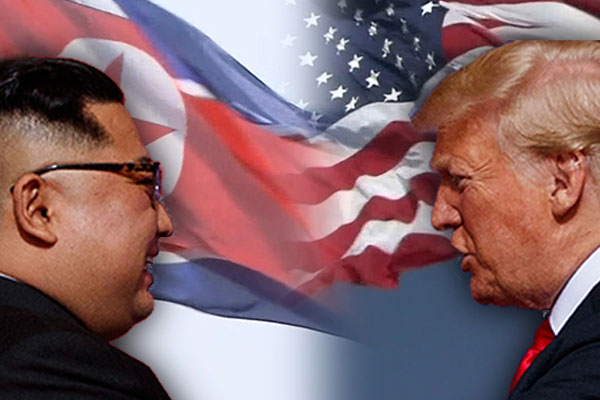 "The United States showed no sincerity toward improving the DPRK-US. or fulfilling the joint statement the two countries signed in Singapore. Instead, it intended to use the (second) meeting to serve its political purposes."

held a news conference in Pyongyang on that North Korea has no intention to make concessions in the current stalemate.

While claiming that the U.S. a "golden opportunity" at the Hanoi summit last month, she said North Korea will soon decide whether to resume missile launches and nuclear tests.

"This bad attitude the U.S. will put the situation in danger. Our supreme leader will soon announce his decision (on what measures the DPRK will take)."

Kim Jong- second summit with President Donald Trump ended without an agreement as the U.S.’s demands for collided with North Korea's calls for sanctions relief.

Shortly after the summit, Trump blamed North Korea for the collapse, saying the North wanted all of the US-led UN sanctions lifted.

“We are not going to do incrementally, and that is the position [on] which the US government has a complete unity...”

Earlier this week, Washington's chief nuclear negotiator Stephen Biegun made it clear that his government is not interested in a step-by-step approach to the North's denuclearization.

"What the North Koreans were proposing is to eliminate some portion of their nuclear weapons program in exchange for the lifting of basically all sanctions... cases might directly subsidize the ongoing development of weapons of mass destruction."

held a meeting on Thursday with ambassadors of the UN Security Council members as well as South Korean and Japanese officials, during which he asked for their help to keep North Korea on a dialogue track.

The continuing deadlock comes amid various intelligence assessments which suggest that North Korea has started to rebuild a key rocket testing facility on its northwestern coast.