N. Korea Urges US to Remove Pompeo as Washington Says it is Ready to Continue Talks 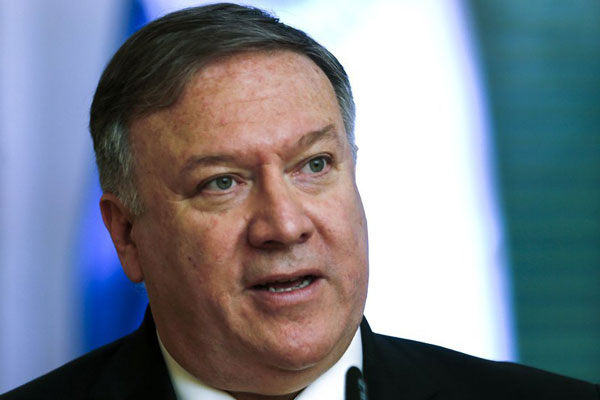 North Korea is urging the U.S. to remove Secretary of State Mike Pompeo from the current nuclear negotiations.

Pyongyang's state-run Korean Central News Agency on Thursday ran an interview with the director of the North America desk at the North Korean Foreign Ministry.

The official said rather than Pompeo, Pyongyang hopes for a more amicable and seasoned official to represent Washington should the stalled North Korea-US. resume.

Blaming Pompeo for causing the collapse of the Hanoi talks, the official said it is fortunate that North Korean leader Kim Jong- maintains good relations with U.S. President Donald Trump.

North Korea and Pompeo have had a rocky relationship in the past. Earlier this month, Pompeo said he agreed that Kim Jong- was a "tyrant" during a Senate hearing.

The U.S. State Department said in a statement on Thursday that Washington is aware of the report and remains ready to engage the North in a constructive negotiation.

Pompeo made it clear on Friday he will continue to lead nuclear talks with North Korea, dismissing the regime's call for his replacement.

In a news conference held after a meeting between U.S. Japanese foreign and defense ministers, Pompeo said "nothing's changed.”

Pompeo said the U.S. to work to negotiate and that he is still in charge of the team.

He said President Trump is obviously in charge of the overall effort, but it will be his team and Special Representative Stephen Biegun who will continue to lead to achieve what the North Korean leader committed to do in June last year, which was to denuclearize.

The secretary said he is convinced there is still a "real opportunity" to achieve the North's denuclearization and that his diplomatic team will remain in the lead.

Citing a high-level Kremlin official, Japan's NHK reported on Friday that the summit will take place in Vladivostok around Thursday.