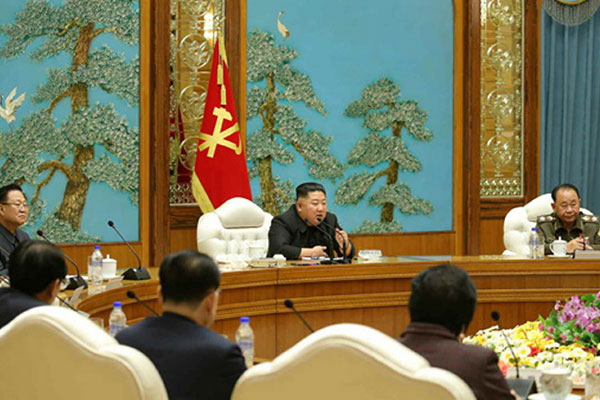 North Korea is set to convene a rare congress of its ruling Workers' Party this month. Pyongyang's message is gaining global attention, as it could place the stalled denuclearization negotiations involving Washington and Seoul back on track. This, especially, as the new Joe Biden administration takes office on January 20.

North Korea is widely expected to announce its domestic and foreign national strategies at a rare congress of the ruling Workers' Party set to be held early this month for the first time in nearly five years.

The party congress comes as the North is in dire need of change amid a triple whammy of an economic crisis from international sanctions, border lockdowns due to the COVID-19 pandemic, and typhoon and flood damage from this past summer.

Pyongyang's message is drawing much attention, as it will likely affect the incoming Joe Biden administration in the United States and the direction of its North Korea policies after taking office on January 20.

President Moon Jae-in is forecast to send a message to Pyongyang in his New Year's address, as his administration seeks a breakthrough in the diplomatic impasse surrounding the North's denuclearization while he enters his final year in office.

South Korea's Unification Minister Lee In-young recently said he expects the North to either defer its position or send a conciliatory message towards the U.S., while taking a more positive and active approach towards the South.

Some observers predict Pyongyang will highlight self-rehabilitation and internal unity at the party congress, while attempting to maintain the diplomatic situation with Washington and Seoul until the Biden administration's policy direction becomes more clear.

In a bid to tighten its grip over the North Korean people as they suffer under triple crises, Pyongyang is forecast to lay out new tasks and goals in the areas of economy, defense and the ruling party, as well as a five-year development plan.

A strategy regarding COVID-19 quarantine could be introduced, while a plan regarding the shuttered inter-Korean Mount Geumgang resort could come up after Premier Kim Tok-hun's recent visit to the region where he called for unilaterally developing the area.