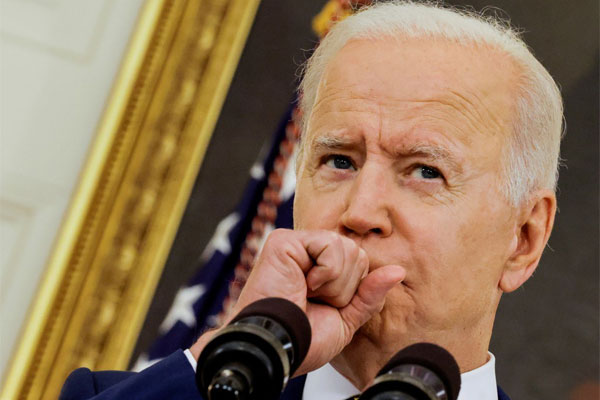 On International Human Rights Day on December 10, the U.S. Department of the Treasury’s Office of Foreign Assets Control designated 15 individuals and 10 entities in several countries including China, Myanmar and North Korea for their connection to human rights abuse and repression. This marked the first new sanctions on North Korea under the Joe Biden administration.

The U.N. has imposed sanctions on North Korea, while some countries have also placed their own sanctions separately on the North, like the latest ones by the U.S. The U.S. may deploy sanctions through the president’s executive orders or Congress decisions. The recent economic sanctions by the Treasury Department are related to human rights violations, rather than the nuclear issue.

The Biden government has so far stressed dialogue and diplomacy when it comes to its North Korea policy. As Pyongyang remains unresponsive, however, the Biden administration seems to have sent its first warning message to North Korea, indicating that it could put pressure on the North down the road.

Ri Yong-gil (리영길), the Minister of People’s Armed Forces in North Korea, was until recently the Minister of Social Security. The Ministry of Social Security takes the lead in monitoring and prosecuting people for their political crimes, while the Central Public Prosecutors Office decides on punishment. These two agencies are notorious for their political oppression of the people. A North Korean animation studio called the Scientific and Educational Film Studio of Korea was also sanctioned for sending laborers to China illegally to work in harsh conditions.

Three animation companies and one individual in China were blacklisted for their involvement with the North Korean animation studio. A Russian university and its official were also designated for sponsoring hundreds of student visas for North Korean construction workers in Russia to evade U.N. sanctions. Among the ten entities on the sanctions list, six are related to North Korea.

The U.S. enacted the North Korea Sanctions and Policy Enhancement Act in 2016. The State Department is required to submit a report about North Korea’s human rights situation twice a year. Researcher Cho briefly reviews the history of the U.S. sanctions on North Korea on human rights violations.

15 individuals, including North Korean leader Kim Jong-un and eight entities, were sanctioned in July 2016 as the first U.S. sanctions on the North over human rights concerns. In January 2017, the U.S. imposed sanctions on seven individuals, including Kim Jong-un’s younger sister Kim Yo-jong, and two organizations. In October the same year, North Korea’s Minister of Labor Jong Yong-su(정영수) was added to the sanctions list. In 2018, three more North Korean senior officials were sanctioned.

The announcement of the sanctions drew a strong backlash from North Korea, of course, because its top leader Kim Jong-un was included in the list. North Korea is hyper-sensitive to the human rights issue because the issue may hurt the image of the leader who brutally executed his uncle Jang Song-thaek and is suspected of murdering his half-brother Kim Jong-nam. The North doesn’t want to mention the human rights issue, if possible, although it strongly protests other countries’ move to bring up the issue.

Meanwhile, on December 6, the U.S. announced its diplomatic boycott of the Beijing Winter Olympics, citing China’s human rights abuses in the Xinjiang region. While U.S. athletes will compete in the Winter Games, the U.S. will not send any government delegation to Beijing for the event. The U.S. decision prompted anger in China.

China vehemently protests the U.S. diplomatic boycott of the Beijing Olympics, but it actually has very few options to consider. Perhaps, it could pressure countries not to join the U.S. boycott. But with European countries mostly stressing human rights, China finds it difficult to counteract the U.S. move effectively.

For North Korea, too, there’s nothing it can do for now, although it certainly sides with China. As the International Olympic Committee suspended North Korea from the Beijing Olympics, the North may not participate in the international sports festival to be held in China.

Washington’s diplomatic boycott of the Beijing Winter Games and its human rights sanctions on China will likely deepen the U.S.-China conflict even further. The Biden government’s first new sanctions on North Korea also make the prospects for bilateral relations murky. Analysts say that the Biden administration’s North Korea policy might be shifting from “unconditional dialogue” to pressure.

The latest developments are not very good news for regional diplomacy and for the South Korean government, which is pushing for a declaration to officially end the Korean War.

The intensifying conflict between the U.S. and China is expected to negatively affect the South Korean government’s peace initiative, such as a proposal for an end-of-war declaration. On the flip side, though, South Korea’s strategic status has been enhanced, amid the U.S.-China rivalry. On another positive note, China has become more active about the end-of-war declaration, compared to the past, even though it pursues its own interest. Now, South Korea’s strategic response is more important than ever before. It needs to decide whether to join the diplomatic boycott or not, taking its national interest into full consideration.

North Korean media outlets have defined 2021 as the “year of victory” that established a new five-year economic development plan. This year also marks the tenth year of leader Kim Jong-un’s rule. Attention is drawn to how the North Korean leader will cope with the ongoing economic difficulties in the face of a number of sanctions over the country’s human rights violations and nuclear weapons development.