Prospects for Regional Diplomacy in April 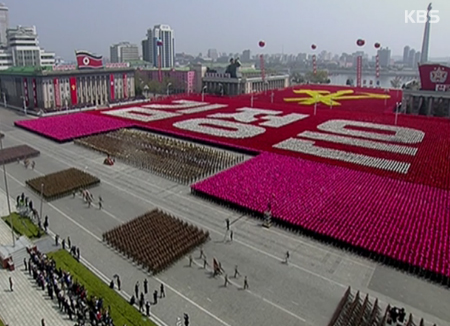 The month of April has set in, with important diplomatic developments anticipated. South and North Korea have agreed to hold a landmark summit on April 27. It will mark the first inter-Korean summit in 11 years and third summit overall, following the previous ones in 2000 and in 2007. South Korea and the U.S. have kicked off their combined military drills, while North Korea will celebrate an important political event in the middle of this month. Today, we’ll examine major issues related to regional diplomacy in April. Here is Hong Hyun-ik, senior researcher at the Sejong Institute.

This month may provide important momentum for settling peace on the Korean Peninsula. Seoul and Pyongyang have agreed to hold a summit on April 27, and South Korean musicians have held successful performances in Pyongyang. Obviously, tension between South and North Korea has eased considerably and a mood for bilateral cooperation is being created. After the planned inter-Korean summit, North Korea and the U.S. will hold their first-ever summit. If the two Koreas reestablish their relations and lay the groundwork for resolving the North Korean nuclear issue in a proper way at their upcoming summit, North Korea and the U.S. could enter a phase to solve the nuclear issue at their historic summit in May. So, April is an important month that could determine the fate of the Korean Peninsula.

The peaceful mood created by the PyeongChang Winter Olympics in South Korea will likely continue into the inter-Korean summit at the end of this month and the North Korea-U.S. summit scheduled for May. Unlike in the past, the series of summit talks are being prepared at a fast pace. In particular, this year’s combined military drills between South Korea and the U.S. are being held in a rather different atmosphere, given that the upcoming inter-Korean summit is considered the beginning of a journey to denuclearize the Korean Peninsula. Let’s listen to a news report.

South Korea and the U.S. will start their combined military drills on a smaller scale on April 1, when a South Korean art troupe performs in Pyongyang. The drills will end in late April, when the inter-Korean summit takes place.

In general, the annual South Korea-U.S. military drills begin in mid-March and continue until the end of April. But this year, the event was postponed by about a month until after the PyeongChang Olympics and Paralympics. Also, the drills are focused mostly on low-intensity and defense training, reflecting the recent dialogue mood in the region. Let’s hear from Professor Hong.

In consideration of the planned inter-Korean summit and the North Korea-U.S. summit, South Korea and the U.S. have apparently toned down their military drills, so as not to provoke North Korea. Compared to last year, this year’s drills will not involve U.S. nuclear-capable strategic assets. While the Key Resolve exercise, which is largely computer-simulated, will be held just like in previous years, the Foal Eagle period has been shortened by about a month. North Korea is very sensitive about the Foal Eagle training that involves massive field operations. Keeping the exercises low-key is expected to positively influence the inter-Korean summit and the North Korea-U.S. summit.

This year, some 300-thousand troops from South Korea and 15-thousand U.S. troops are participating in the combined drills. The South Korean Defense Ministry says that the exercises are held at a scale similar to that of previous years, but the training period, which lasts for four weeks, has been halved from that of last year. Also, the U.S. will not deploy its strategic assets and weapons such as aircraft carriers and nuclear-propelled submarines. North Korea is refraining from criticizing the low-key training that avoids staging a massive show of force or revealing military equipment. There is speculation that this year, North Korea may also lower the level of celebrating the so-called “Day of the Sun” on April 15 that marks the birthday of North Korea’s founder Kim Il-sung. Here again is Professor Hong.

Last year, North Korea commemorated the 105th anniversary of the birthday of Kim Il-sung in a big way with a massive military parade and a missile launch. Traditionally, North Korea attaches great significance to fifth and tenth anniversaries. But this year, the Day of the Sun on April 15 marks the 106th anniversary. Moreover, the inter-Korean summit will be held in just ten days or so. Therefore, North Korea will likely refrain from any action to upset South Korea and the U.S., such as a military parade, a missile launch or a nuclear test.

Last year, North Korea held a large-scale military parade to celebrate the Day of the Sun. It also launched an intermediate Musudan-class missile to show off its military force. But this year, the North is unlikely to hold a military parade or stage an armed provocation, as it also wants to keep the dialogue momentum afloat. It seems that South and North Korea are trying to overcome their confrontation ahead of the bilateral summit, raising hopes for the upcoming event. Professor Hong gives his thoughts on the situation.

Seoul and Pyongyang have eased tension significantly and will hopefully reestablish their relations, which is greatly meaningful. Considering the security crisis on the Korean Peninsula last year, the South Korean government is trying hard not to return to the precarious situation. The two Koreas may agree to sign some sort of treaty that defines basic inter-Korean relations or to make regular preparations for that. At the inter-Korean summit, I imagine South Korean President Moon Jae-in will encourage North Korean leader Kim Jong-un to clearly signal his determination to give up his nation’s nuclear weapons development. North Korea could move on to one or two more stages by clarifying its will to declare its nuclear facilities, have them verified, freeze them and terminate them. If North Korea reveals its intention specifically at the inter-Korean summit, the North Korea-U.S. summit in May will produce a result.

The result of the inter-Korean summit late this month is expected to be an important touchstone for the present and future of South and North Korea, which have unfortunately repeated tension and conflict since the Korean War. Now, both sides are accelerating their preparations for the crucial summit. We’ll have to wait and see what the leaders of the two Koreas will agree upon, in regards to the North Korean nuclear issue and the division of Korea. Depending on the result, April could be a fateful month to pave the way for inter-Korean reconciliation.