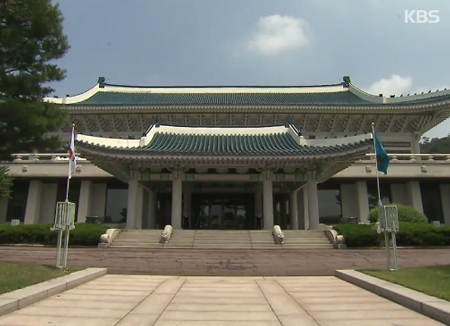 The North Korea-U.S. summit scheduled for June 12 has faced an unexpected setback. While Washington’s roadmap toward North Korea’s denuclearization is taking shape, Pyongyang abruptly postponed high-level inter-Korean talks, which were initially set to take place on Wednesday, May 16. Later in the day, the nation issued a statement regarding its planned summit with the U.S. The summit is now at a critical point, due to North Korea’s sudden delay of inter-Korean dialogue and its strong message toward the U.S. Here is Shin Beom-chul, senior fellow at the Asan Institute for Policy Studies.

The Trump administration has clarified its goal of the “complete denuclearization” of North Korea. For that purpose, the U.S. wants to remove North Korea’s biochemical weapons, ballistic missiles capable of carrying nuclear weapons as well as its nuclear facilities, warheads and materials, so the communist nation will not be able to produce atomic weapons in the future. U.S. National Security Adviser John Bolton has specified the process of executing the plans. Bolton stresses the need for swift denuclearization, even mentioning a site where North Korean nuclear weapons might be dismantled. By accelerating the speed and increasing the intensity of dismantlement, the U.S. appears to be seeking to complete North Korea’s denuclearization by 2020, the final year for Trump’s first term as president. Apart from the pressure, though, the U.S. has also offered something else. On May 13, U.S. Secretary of State Mike Pompeo stressed that North Korea would receive economic compensation that goes beyond the lifting of sanctions if the nation implements the complete dismantlement of its nuclear programs. Mr. Shin continues to explain.

Bolton requests that North Korea take strong denuclearization measures first, while Pompeo offers corresponding compensation. Their remarks are like two sides of a coin. This is an attractive proposal for North Korea, where economic development is a matter of life and death. But the nation may feel burdened by Washington’s demand for the full verification of facilities suspected of nuclear weapon-related activities and the shipping of its nuclear weapons out of the country. In the meantime, North Korea postponed high-level inter-Korean talks scheduled for Wednesday. Mr. Shin explains more.

As the reason for the surprise decision, North Korea cited the Max Thunder air drills between South Korea and the U.S. But the North had already known about the South Korea-U.S. combined drills. Before the inter-Korean summit in late April, South Korea announced that the period of the Foal Eagle exercises would be shortened to one month, and the air drills would be conducted later. Being fully aware of that, North Korean leader Kim Jong-un met Pompeo twice. So, I think North Korea is making an excuse. It is probably North Korea’s indirect expression of its discontent with Washington’s demand for stringent denuclearization.

Analysts speculate that North Korea’s recent move shows its objection to the South Korea-U.S. combined military drills but it is, in effect, a message toward the U.S. about their summit. In a statement carried by North Korea’s official Korean Central News Agency on Wednesday, First Vice Foreign Minister Kim Kye-gwan said that if the U.S. is trying to drive North Korea into a corner to force its unilateral nuclear abandonment, the North will no longer be interested in such dialogue and cannot but reconsider the summit with the U.S. Attention turns to the impact of North Korea’s sudden about-face on the dismantlement of its nuclear test site in Punggye-ri next week. Let’s hear again from Mr. Shin.

I think the dismantlement of the Punggye-ri test site will proceed as planned, from May 23 to 25. Separate from inter-Korean talks, the event is a different message toward the international community, signaling North Korea’s commitment to denuclearization. Even so, North Korea will find it difficult to fully accept Washington’s demand, given its own interests. But Pyongyang has agreed on the need for denuclearization in a broad context, indicating that the nation is ready to accept the U.S.’ demand in some way. Still, the two sides have differing views on the pace and range of denuclearization. There is about one month left before the North Korea-U.S. summit. During the period, the two countries need to make efforts to iron out their differences to be able to reach an agreement.

An unexpected issue has surfaced ahead of the North Korea-U.S. summit. It remains to be seen how the two countries may fine-tune their differences and what role South Korea will play in the process.