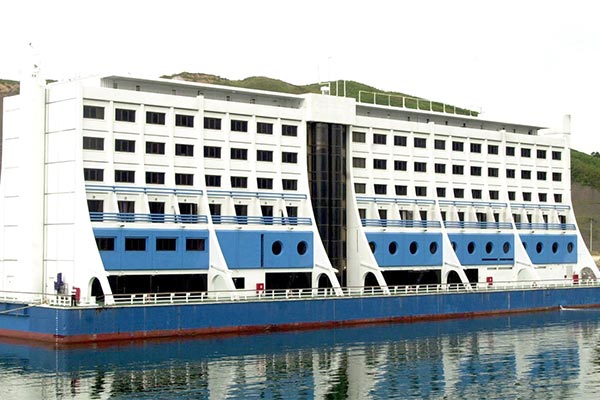 North Korea appears to have made significant progress in tearing down a shuttered South Korea-owned resort facility on Mount Geumgang.

Citing satellite imagery on Thursday, Voice of America(VOA) said the rooftop of Haegumgang Hotel, which was owned and operated by South Korea's Hyundai Asan since 2000, appears to have been removed.

The VOA report added that the white surface of the building appears to remain only at the back and on the south side. Objects that appear to be heavy equipment or construction materials were located in front of the hotel.

The two Koreas began a tour program to the North's Mount Geumgang in 1998 as a major cross-border cooperative project. It was suspended in 2008 after a South Korean tourist was shot dead by a North Korean soldier.

In 2019, Pyongyang announced plans to remove the resort's facilities upon orders from regime leader Kim Jong-un. The project was, however, postponed in January 2020 over COVID-19 concerns.