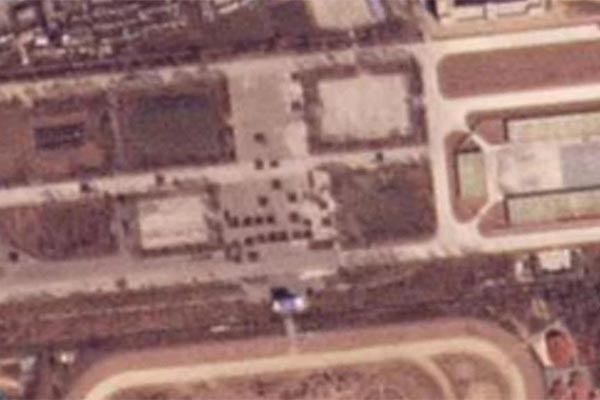 Citing imagery from Wednesday, Voice of America(VOA) said on Friday that an estimated 50 to 300 troops were spotted standing in around 20 columns. The report estimated the total number of troops on the site could range from one- to six-thousand.

The number of troops likely doubled from the estimated ten rows seen last month, and the report said it was difficult to locate vacancies in a nearby lot filled with vehicles.

The latest maneuvers may be related to North Korea's preparations for a massive parade, potentially to mark the 110th anniversary of the birth of the late regime founder Kim Il-sung on April 15.

Meanwhile, another set of images from Thursday showed around 100 large vehicles, including trucks and buses, along Sunan airfield's northern runway and taxiway.

VOA said the vehicles had begun gathering since Wednesday, when a projectile launched from the airfield, suspected to be its new intercontinental ballistic missile, exploded shortly after liftoff.