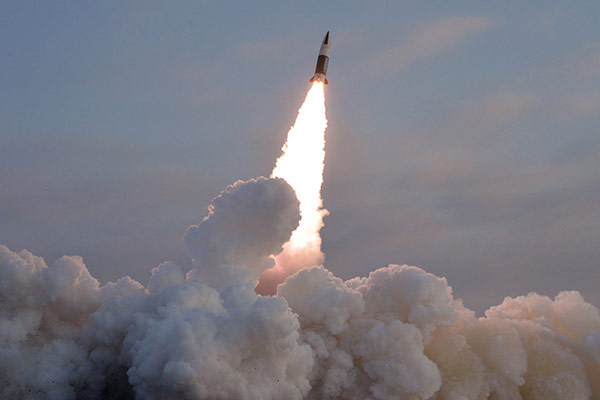 North Korea appears to have conducted a cleanup at the site of its latest ballistic missile test, the day after the launch ended in failure.

According to U.S.-based North Korea watchdog "38 North" on Thursday, satellite imagery of Pyongyang's Sunan airfield showed around 50 vehicles at the airport's two parallel runways and on the clearing between them.

Stating that it's unusual to see so many vehicles after a missile test, the website speculated that they were likely involved in a post-test clean-up, such as clearing contaminated brush from the infield.

It added that the mobile transporter erector launcher(TEL) for the missile launch was not present and that there were no signs of noticeable burn scars on either runway or in the infield like those observed after previous tests.

South Korea's military authorities reportedly believe that the ballistic missile launched from the airfield Wednesday morning exploded soon after liftoff at an altitude of 20 kilometers or less.