President-elect Says N. Korea Has Nothing to Gain through Provocation 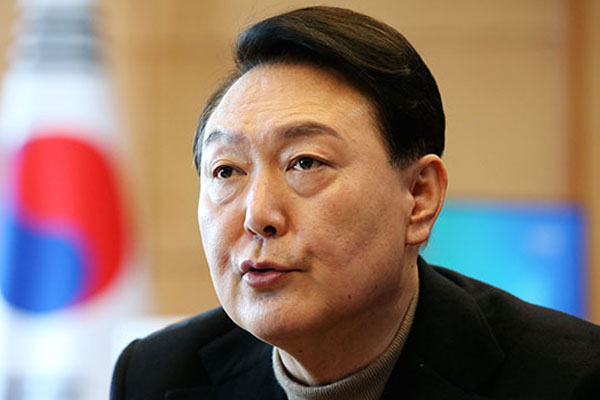 President-elect Yoon Suk Yeol has issued a warning to North Korea after it launched an intercontinental ballistic missile on Thursday, saying that Pyongyang has nothing to gain through its provocations.

Yoon issued the warning through a social media post on Friday, noting that the North engaged in its 12th provocation for this year, a day before Yellow Sea Defense Day that honors South Korean servicemen who perished in clashes with North Korean vessels.

The president-elect said 55 seamen lost their lives defending the Yellow Sea in three North Korean military provocations in 2002 and 2010. He said the nation is indebted to these heroes for their sacrifice that helped preserve the peace and freedom it is enjoying today.

Yoon said the nation should never forget those who sacrificed their lives and devoted themselves to defend their country, and stressed that his incoming administration, together with the people, will always remember.