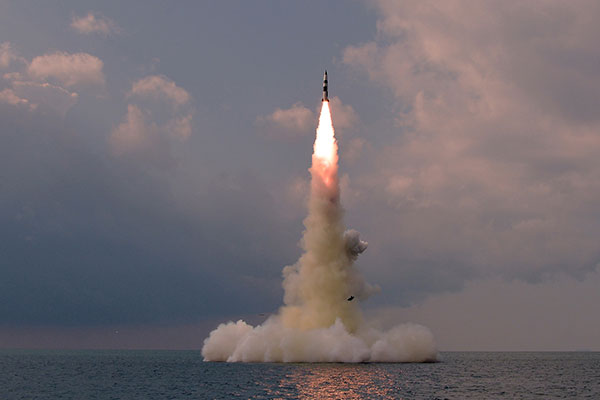 The web project, operated by the Center for Strategic and International Studies, made the assessment on Wednesday regarding the 8.24 Yongung SSBA. It analyzed eight satellite images collected from February 16 through last Sunday showing activity at the Sinpo South Shipyard in South Hamgyong Province.

The website said the latest movement of the submarine is likely related to modifications under way, repair work, part of preparations for another SLBM test or a component of a strategic deception scheme.