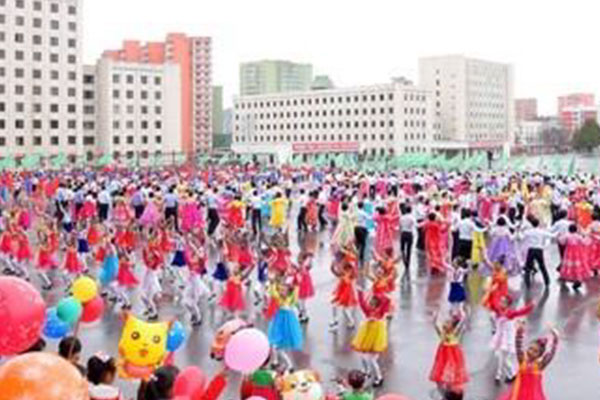 North Korea is generating a festive mood ahead of the 110th anniversary of the birth of its founding leader Kim Il-sung on April 15, holding a series of commemorative events.

The North's official Korean Central News Agency and the main newspaper Rodong Sinmun reported on Thursday that a multimedia exhibition was staged the previous day to celebrate the anniversary at the People's Palace of Culture in Pyongyang.

The exhibition displayed photos, videos and documents about Kim's field trips and activities.

A related forum was also held the same day at the venue, with senior officials presenting papers praising the late founder's achievements.

In addition, the North opened a national art exhibition on the theme of the development of the country's industrial art.

North Korea will reportedly hold the Spring People's Art Festival from April 10 to 18 across the capital city as part of celebratory events marking the anniversary.

It will also hold the April Spring Friendship Art Festival, an online international art festival, from April 10 to 20.