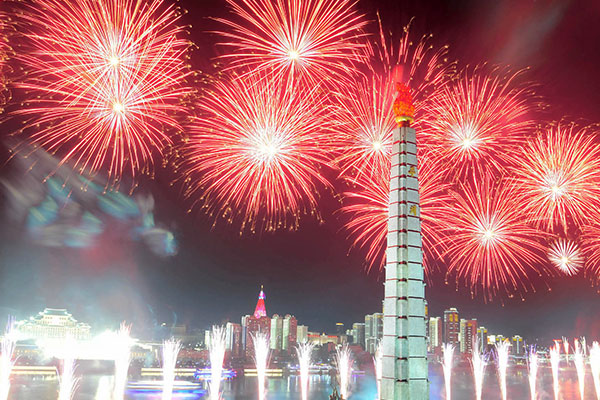 North Korea announced it will stage a large-scale ball, a performance and fireworks display in Pyongyang, marking the 110th anniversary of the birth of the late regime founder Kim Il-sung on Friday.

The state-run Korean Central Television said a party attended by the younger generation will kick off the evening's festivities at 7 p.m., followed by a musical performance in Pyongyang's Kim Il-sung Square. The celebration will conclude with fireworks overlooking the Taedong River.

According to military and intelligence sources in Seoul, there is no sign of preparations for a military parade similar to the ones that took place marking the 100th and 105th anniversaries in 2012 and 2017, respectively.

Pyongyang is instead projected to hold a parade on April 25, marking the 90th anniversary of the founding of the Korean People's Revolutionary Army.

U.S. State Department spokesperson Ned Price on Thursday reiterated a warning against a possible provocation by the North, such as a nuclear or missile test, saying Washington is keeping close tabs on the situation.