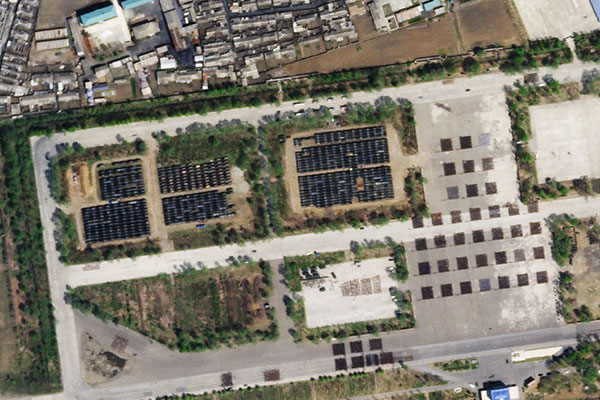 North Korea is reportedly beefing up preparations for a large-scale military parade ahead of a major military anniversary early next week.

Radio Free Asia(RFA) reported on Wednesday that based on satellite imagery provided by Planet Labs, over 12-thousand military personnel were estimated to have already gathered at Mirim airfield in Pyongyang on Sunday.

Voice of America(VOA) said many North Korean residents were observed preparing for a card stunt on Sunday and Monday.

North Korea-tracking U.S. website 38 North said a rehearsal for a parade was held involving thousands of troops and scores of military vehicles at Kim Il-sung Square on Sunday. It said around 20 fighter jets and ten helicopters were lined up on runways at Pyongyang Sunan International Airport on Monday.

South Korean military and intelligence authorities predicted the parade will likely be held on Monday, when the North celebrates the 90th anniversary of the founding of the People’s Army. Around 20-thousand people are expected to participate in the event.